Summer Is In Full Swing! 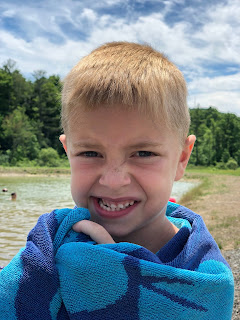 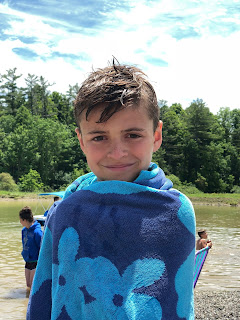 Summer is in full swing. The boys ended their kindergarten and fourth grade years but not without multiple field trips first. Roman was able to meet one of the Assemblyman for New York State with a visit to the capital. He also went on a ride on the Erie Canal. Max visited some local parks. I was unable to attend any of them as I was finishing up my school year with my third grade class. 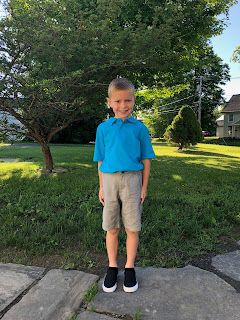 I did take the day off for Max’s Kindergarten graduation. I did not cry but it was a moment of mixed emotions. My baby is growing up and the days may go by slow but the years are passing by fast.
Being back in the classroom was nice, especially since I was only there for two months before summer break:) We of course made a summer bucket list with the boys and slowly things are getting checked off.
Max finished up his baseball season and had many good hits. Both boys are now playing summer soccer and gearing up for football next month.
We have had a couple visits from Nana, Uncle Matt, and Aunt Lisa. The boys have had fun getting to see more of them and the boys are doing a good job at keeping them young when they are here. This past month Rick and I attended my niece’s wedding. It was beautiful and so sweet to see two high school sweethearts tie the knot. It was a great party and good times were had talking and dancing with family.
My nephew Alex graduated high school and packed his bags for the Air Force. It was bittersweet saying good-bye but we are so proud of him and we know he will do great things. We have been writing him many letters and I was so excited when I received one from him. He is doing good and we can’t wait to see him soon.
My other nephew Turner graduated high school as well and one of my niece’s graduated from New Paltz. I am so proud of my nieces and nephews and it is excited to see the paths that they are taking. We look forward to celebrating with them this weekend at the graduation party. 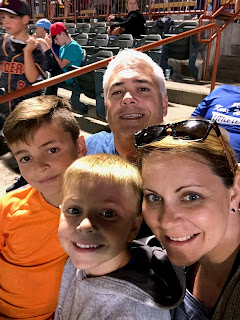 So far we have been doing a lot of swimming in the pond on the farm, playing with cousins and friends, and sleeping in:) We went to a local baseball game where Max was able to walk the field with all the other Little League players. Although we did not catch any foul balls, we had fun and devoured too many hot dogs.
The boys had a sleepover at a friends out one weekend as Rick and I attended a Zac Brown concert in Syracuse with my brother, sister in law, nieces, and friends. It was a great show and the 2 hour wait to get out of the parking lot was not too bad as ‘people watching’ is always entertaining at those hours of the night:) 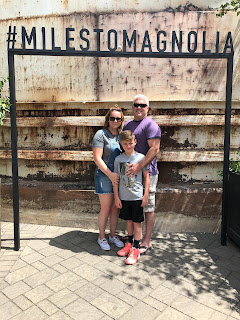 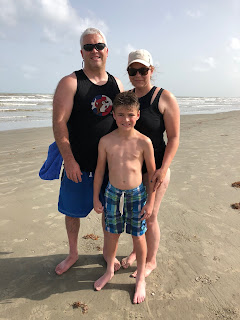 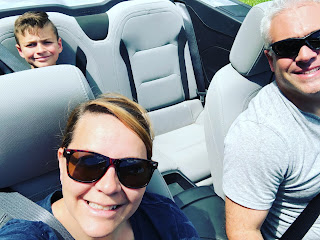 The first week of July, Rick, Roman, and myself flew to Houston, Texas for a week. We stayed with some of our best friends and absolutely loved it. We swam, went to the beach, road tripped to Waco to check out Magnolia at the Silos (I love Chip and Joanna Gaines), ate Chick-Fil-A too many times, devoured amazing Mexican food, saw fireworks, toured the city by car, and drove around in a convertible Corvette. The convertible car was one that we rented and Roman was in awe. It was a splurge but so worth it. There is nothing more exciting than riding around Texas in a convertible on a 98 degree day:)
When we returned, instead of the usual unpacking and laundry, we were faced with a flood in our back apartment which we rent out. Unfortunately a pipe broke and water sat there for a week. It was not a nice welcoming but just another opportunity that we can choose to deal with. It is something that is out of our control and we can only cross our fingers that this too happened for a reason. The next couple of weeks will be fun with all the clean up, reconstruction, and dealing with the insurance company.
We did relax on the 4th at my parents house. The kids swam in the pond, we cooked hot dogs and smokes over the campfire and did our own fireworks on the dock. Time with family can be stressful but for some reason, it never is with mine. I adore my family and love our get togethers.
We also took a day to go to Syracuse to celebrate Rick’s birthday with his family. Max was not feeling well as we got about half way there and we had to pull over twice. Multiple trips to the bathroom mixed with lots of sleep was obviously what his body needed as about 8 hours later, he was up being himself again. We called this episode “not enough sleep hangover” as he is a kid who needs at least 10 hours of sleep or his body shuts down. Well that is exactly what happened as he went to bed late the night before because of a sleepover and of course who up bright and early.
I have started doing some running again. I was inspired on our trip to Texas as our friend is training for the Ironman. Another half is in my future but this time I am trying to recruit some other family members to join me. Roman has been joining me and has been trying to run one mile everyday. He says, “I am getting ready for football.” 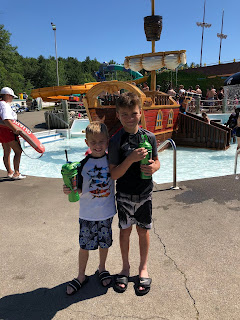 This week I took the boys to Six Flags Great Escape for the day. We spent most of the day at the water park as it was a pretty hot one. It was fun to see them experience this park as it was the park I grew up going to. They however do not like roller coasters so that is kind of a bummer for me because I still love all the rides.
We are continuing to check off things from our bucket list as well as trying to endure all the not so fun stuff that life is throwing at us. It is all about perspective and how we choose to deal with it. I have a positive mindset so obstacles thrown at me combined with all these great memories I am making with my family this summer are only making me a better human being.


I hope you are all enjoying your summer. Check out our photos from the past month. June/July Photos 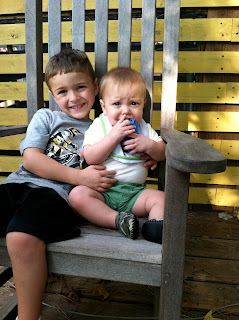 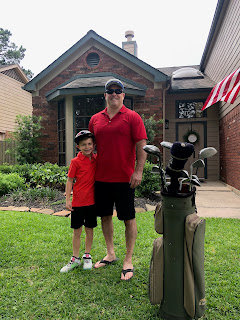