Toys, Boys, and the Joys of Summer! 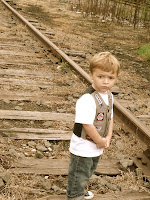