Summer Coming to an End! 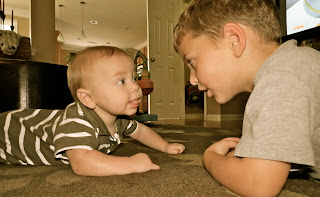 Well, we ended the summer with lots of snuggles and bonding time. I feel so blessed that even though I am a working mom, I get to spend so much time with my children. The summer is a time that is so precious to me. The boys are growing up so fast and it seems to be going even faster with Max. Like I have stated in the past...Life is an hour glass so I am trying to hold on to today for as long as I can. 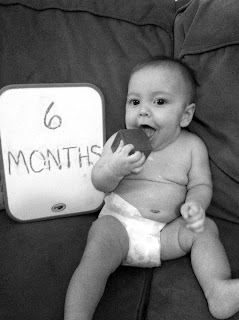 Max is now 6 1/2 months old and has had a busy month. His six month appointment went well, despite the 3 shots that he screamed bloody mary for. He is pretty average for his percentiles in all areas. He is now crawling and sitting up by himself. He is starting to feed himself and loves eating food. I have been making my own baby food and he loves it. He is in awe of his brother Roman and lights up when he walks in the room. Unfortunetly Max had his first little 'bump in the road'. He had a little stomach virus which caused him to get a really bad diaper rash for a couple of days. Through all of it, he remained a happy little boy. He never ceases to amaze me and he is such a gentle soul. I truly believe he is put on this earth to make people smile. He has such a positive, happy demeanor. 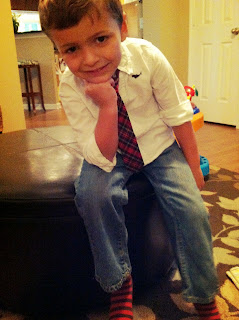 Roman is also growing up way too fast. He continues to play soccer and attend swim lessons. His little legs definetely gets him down the field fast. He loves to cook and has been in the kitchen with me a lot. One of his favorite things to cook is Max's baby food. He gets out the food processor, plugs it in, and cuts the apples for me (with his knife though). He is also a big helper. He loves to help and wants to do everything. When grocery shopping, he wants to put everything in the cart, load the car, put all groceries away. He is so proud of himself when he is helping. It is so cute. He told me that he likes to help me because he loves me. He has also started giving himself a bath and brushing his own teeth. Of course we are still monitoring but he is becoming so independent. He has also learned how to buckle himself in the car seat which has been a huge help. I can't believe how big he is...I will always look at him as my baby but am amazed that he is becoming a little boy and will soon be off to school.  I know he is growing up because he will no longer kiss is friends (the girls) goodbye anymore.  He will only give them hugs because he says he saves all his kisses for his mom:)  His latest trick was something I never thought I would see my 4 year old do.  We went upstairs to check on him after we put him to bed.  What we found was quite hilarious.  It looked to be a person in his bed but at a closer look he had laid the pillows out and pulled the blanket over them.  He was not in his bed.  He was hiding in the loft.  I could not get bad because it was so clever and did not think he knew these tricks yet.  I guess I need to blame this one on TV.  OOPS!!! 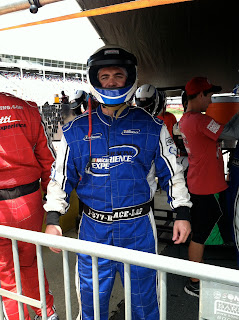 This past month we took a trip to Charlotte where Rick was able to drive a Nascar car.  This was his birthday gift.  It was really cool watching him...so manly!  He had a blast.  I was able to get out for a night with a girlfriend for dinner and shopping.  I really needed some new clothes for work.  It is amazing that this was a hightlight of my month but it is very rare that I get out for a night.  Rick was also able to get out with the guys to set up their Fantasy Football teams.  Yes, football has officially taken over our house.
Unfortunetely school as started...UGH!!!!! Yes, I am back in the swing of school and what a start to a school year. It has been a very challenging beginning but I am getting through it and just tell myself that I do it for the kids.  Teaching is such a hard profession and combining that with parenting...I don't even have words to descibe it. 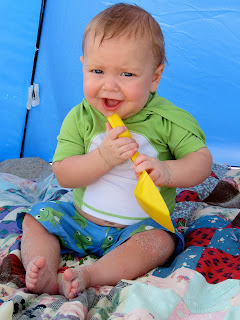 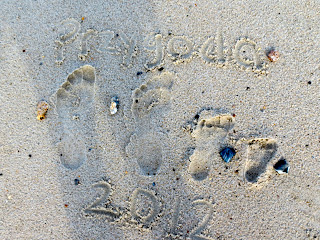 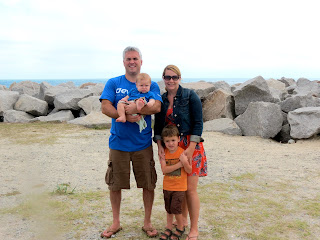 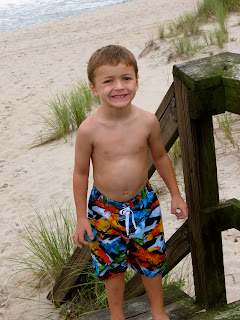 We just spent the weekend at Kure Beach, NC.  We just went for one night but it was so needed.  It was such a relaxing weekend and the boys had a blast at the beach. We also stopped by the Fort Fisher Aquarium before returning home.  Roman loved playing in the waves, swimming in the pool, eating ice cream, walking the pier, and go karting with daddy.  Max was surprisingly a huge fan of the sand.  It did not bother him at all and he even decided to try eating some of it.  I was able to play around with my camera some more (my new addiction) and I must say that I did get some pretty good shots.  Roman is also learning the camera.  He loves taking pictures and he is getting pretty good at it.  One of the shots that you will see on the September album he took.  It is the one with just Rick and I.  I really wanted a picture of Rick and I alone but had no one around to hold Max and the ground had little pebbles around which I knew he would eat so I could not put him down. I handed Roman the camera and the shot was amazing.  You can't even tell I was still holding Max on my hip behind Rick.
We are looking forward to the Fall and the cooler weather.  Hopefully things will slow down a bit around here but until then, all I can do is hold on and enjoy the ride.
August Photos
September Photos