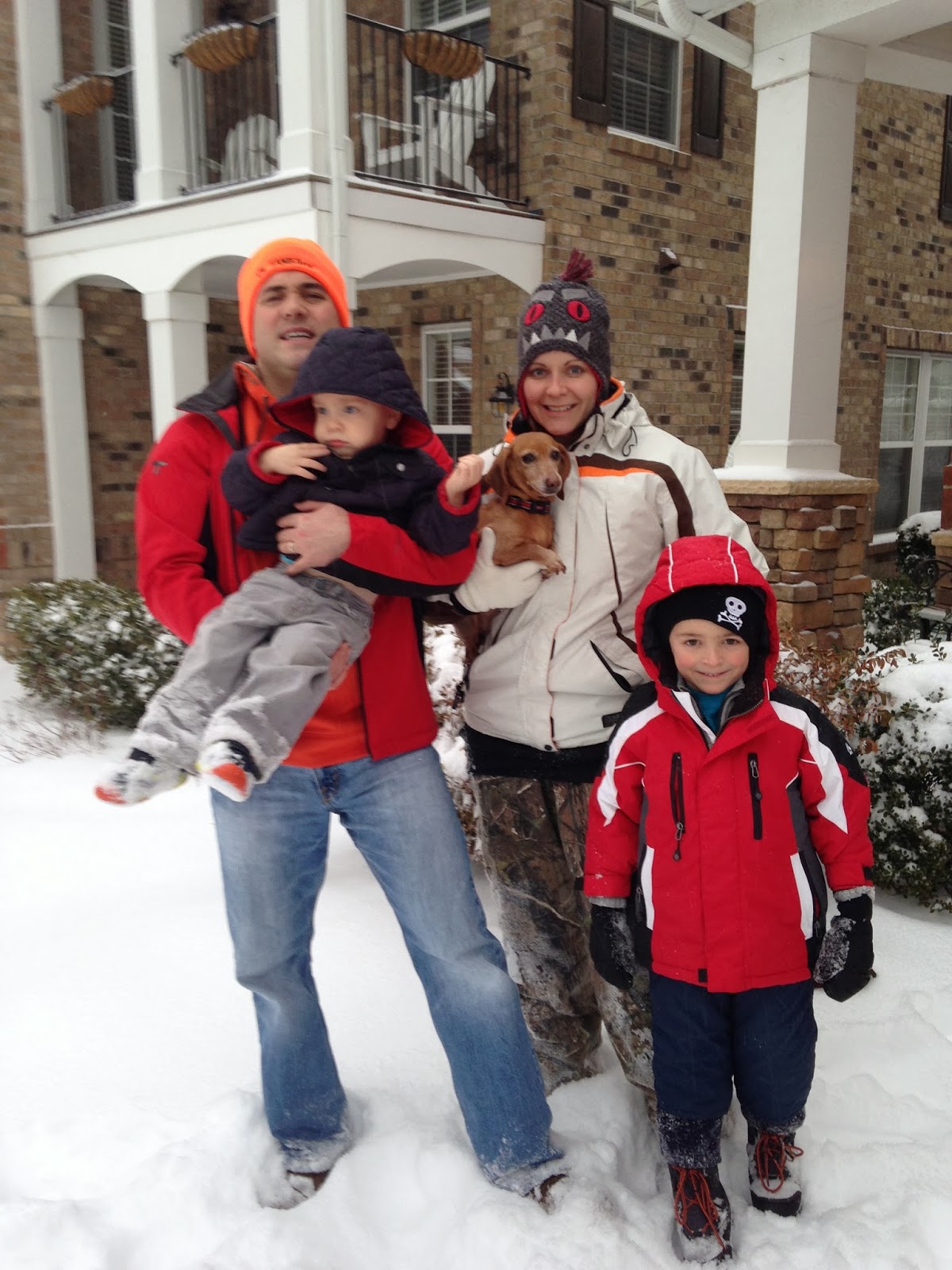 Well we have had more than enough snow for the south this past month.  We have had more snow days than I think I ever had in New York.  The south is just not equipped to handle it...I guess!  The first snow storm was exciting.  We were all looking forward to it and it was Max's first time to see it.  We put our spoons under the pillow and flushed ice cubes down the toilet and sure enough the snow came.  It brought with it 4 days off of school.  The kids had a blast.  Another storm came as well and this time it gave me a long weekend to celebrate my 34th birthday.  I was so ready for the snow to go away though as it was messy and very icy.  I am hoping we are in the clear and spring is on it's way.
Roman and Rick had a day out where they went to a car show.  Rick is also very excited because he is currently taking a motorcycle course as he is getting a motorcycle next month.  This is always been a dream of his and it is finally coming true.  I am very nervous but I know he will be safe and it will be a lot of fun for the boys.
I celebrated a night out with some friends for my birthday where we went out to dinner and other stuff-not to be named.  We had a blast and it was hilarious to see 6 girls out of the house away from their children.  I am so blessed for all the friends that have come into my life.
Roman had another birthday party to attend to.  This time it was a jungle theme.  Ever since he started school his social life has been better than mine:)
Max spent a few nights with Lora this month.  One was so we could go get out taxes done...YIPPY! And the other reason was because we all came down with the stomach bug.  It actually hit our whole street and it was not a fun 48 hours.  We all missed work and school but at least the house got a good cleaning up and down with Lysol and we are all feeling great now.  Unfortunately while Rick's mom was visiting us for Max's birthday she came down with it as well.  The Lysol obviously did not kill it and some of those little buggies still survived. 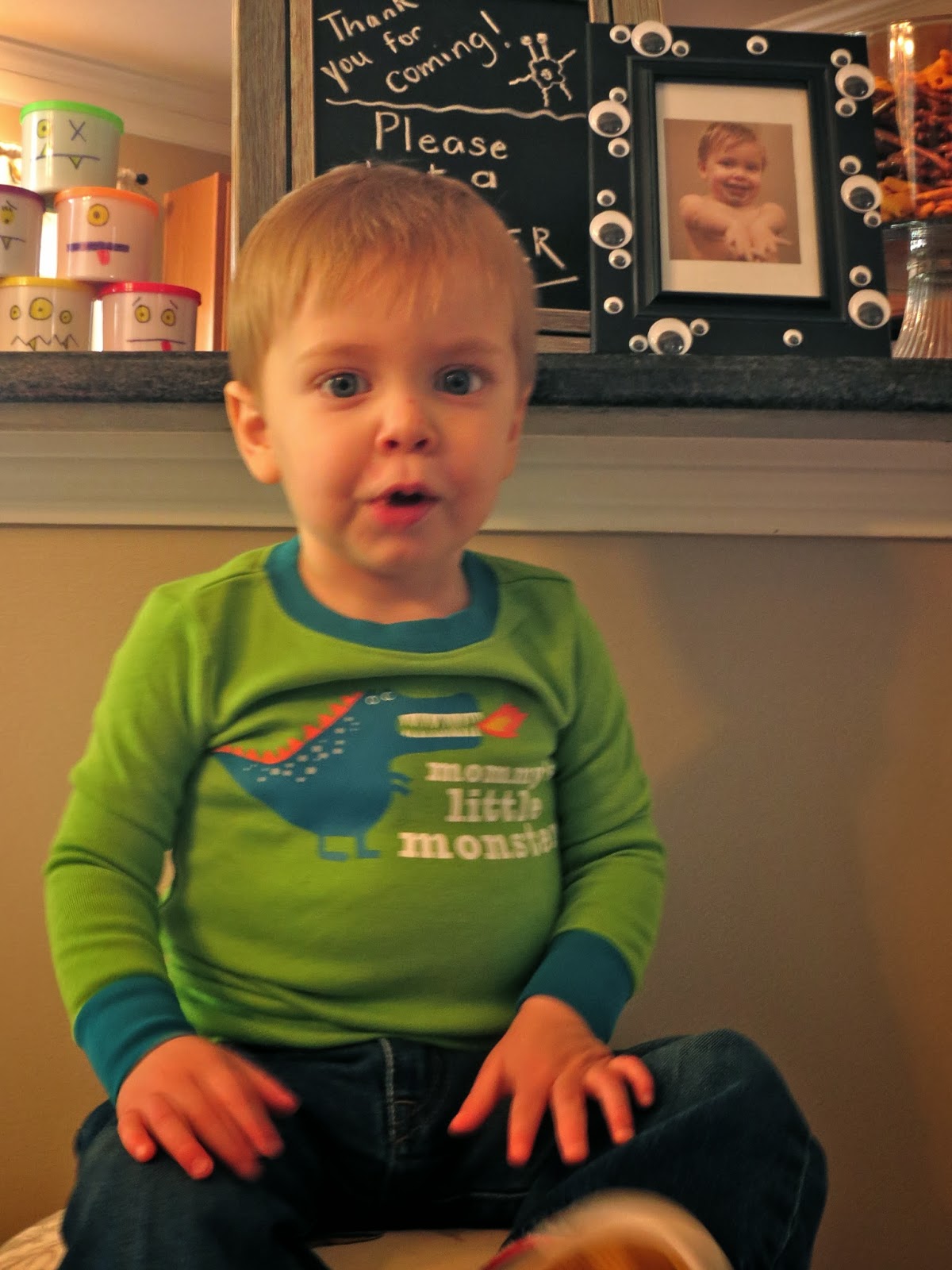 Max's birthday was a monster theme this year.  As always I made the cake.  I know the decorations and everything is probably more for me but it was fun.  I will be able to look back and know that I was giving my kids experiences and these little gestures of amazing birthday parties was just a token of the love that I have for them.
We did have a sad night when we discovered our hermit crab 'Spidey' had died.  Roman was pretty upset but we buried him in the backyard and Roman said a few words.  He was replaced with two fish- 'Billy and Bobby'.
We have had a fun month watching Syracuse play basketball.  This is one sport where Rick and I actually watch together.  There are very few shows we both like. 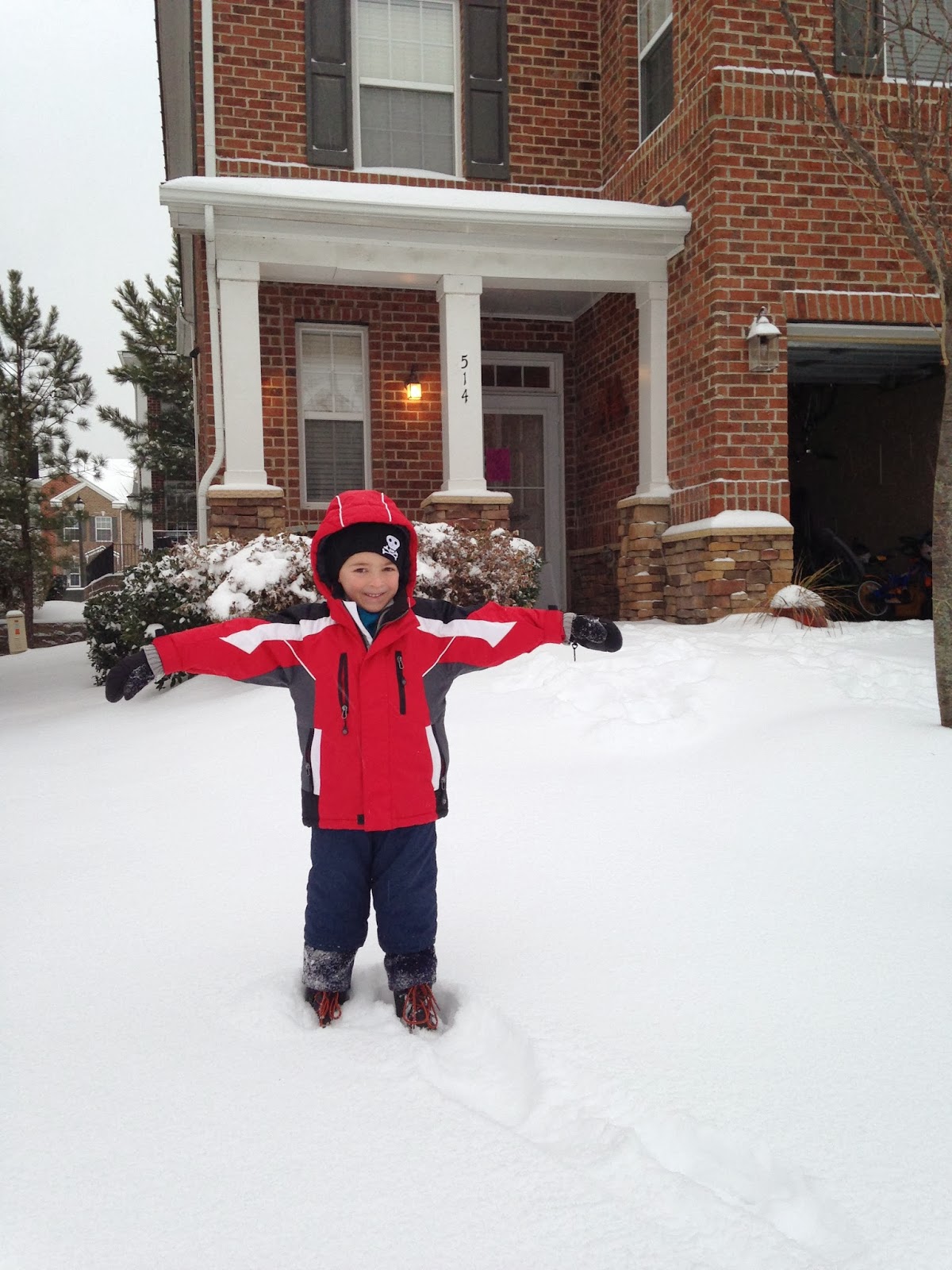 Roman has been doing great in school and recently had his first fund raiser.  He raised money for his school and participated in a Boosterthon Fun Run.  He actually collected the most money in his class:)  He is getting to be so mature and I am so proud of him.  He is so creative, funny, and loves to learn new things.
Max turned 2 but is remaining sweet and hopefully the terrible 2's will not come.  I know with Roman the terrible 2's did not come but the 3's were a different story.  Max is so sweet but definitely speaks his mind.  He is stubborn just like his momma.  He is talking so much more and is learning things that I didn't even think he was capable of.  Unfortunately I traumatized him the other day when we went to the car wash.  I thought he would think it was fun...Boy, was I wrong!  As soon as we entered the car wash he just started screaming.  He did not like it at all.  I got it on video as there was very little I could do as we were stuck in the car wash.  He now gets nervous even when we go under a covered building such as the bank.  He will just start saying no and look around.  He is so cute...after he gets scared or nervous he will just keep saying, "Ok, ma"! over and over.
This month has actually been a pretty good month as far as life being kind to us.  The boys have been good over all and I am keeping my eyes on all the positives.
We hope you are all surviving this crazy winter and I know we are looking forward to spring.
Enjoy the photos from February.