Finally our winter is over and spring is here.  The last time I posted it was cold and snowy- threatening to keep school closed.  Today it is hot and muggy with a threat of tornadoes.  It has been a fun filled and busy last two months-hence the reason for the blog not getting updated last month. 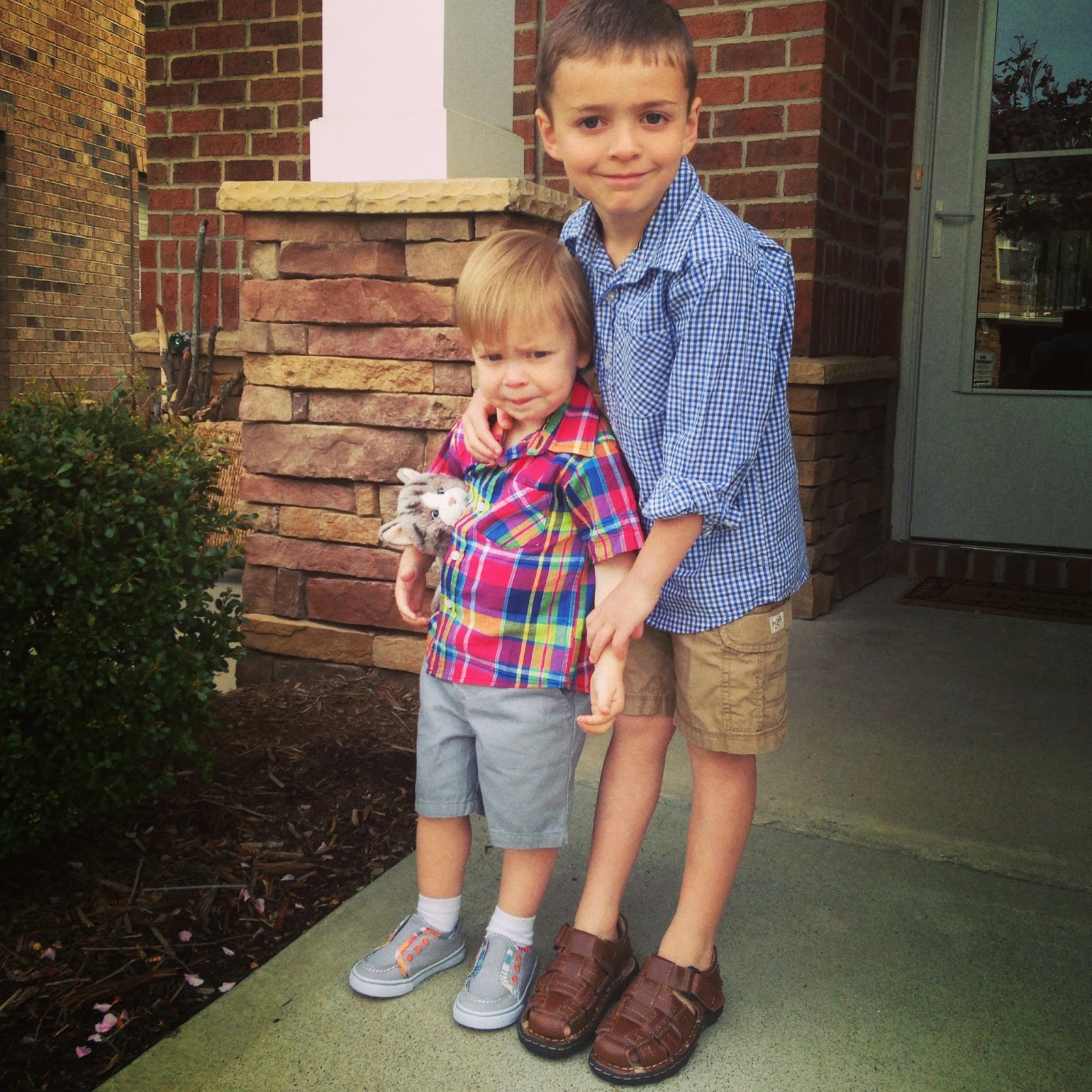 Many memories were made these last two months including: Roman enjoying watching the Lego movie with friends, playing at Marbles museum, enjoying a day at Pullen Park with friends, and many other smaller adventures.  I was able to get two nights of adult interaction right in a row.  I was able to hang out with a friend one Thursday night and had a girls night out the following night to celebrate some birthdays.  It was a blast and it was nice to get some 'time off' from being a responsible grown up and just have fun.  Roman and I went to a Durham Bulls Game.  We also had some fun church activities for kids and many adventures with our neighbors.  By the way, we live on the best street in America:) 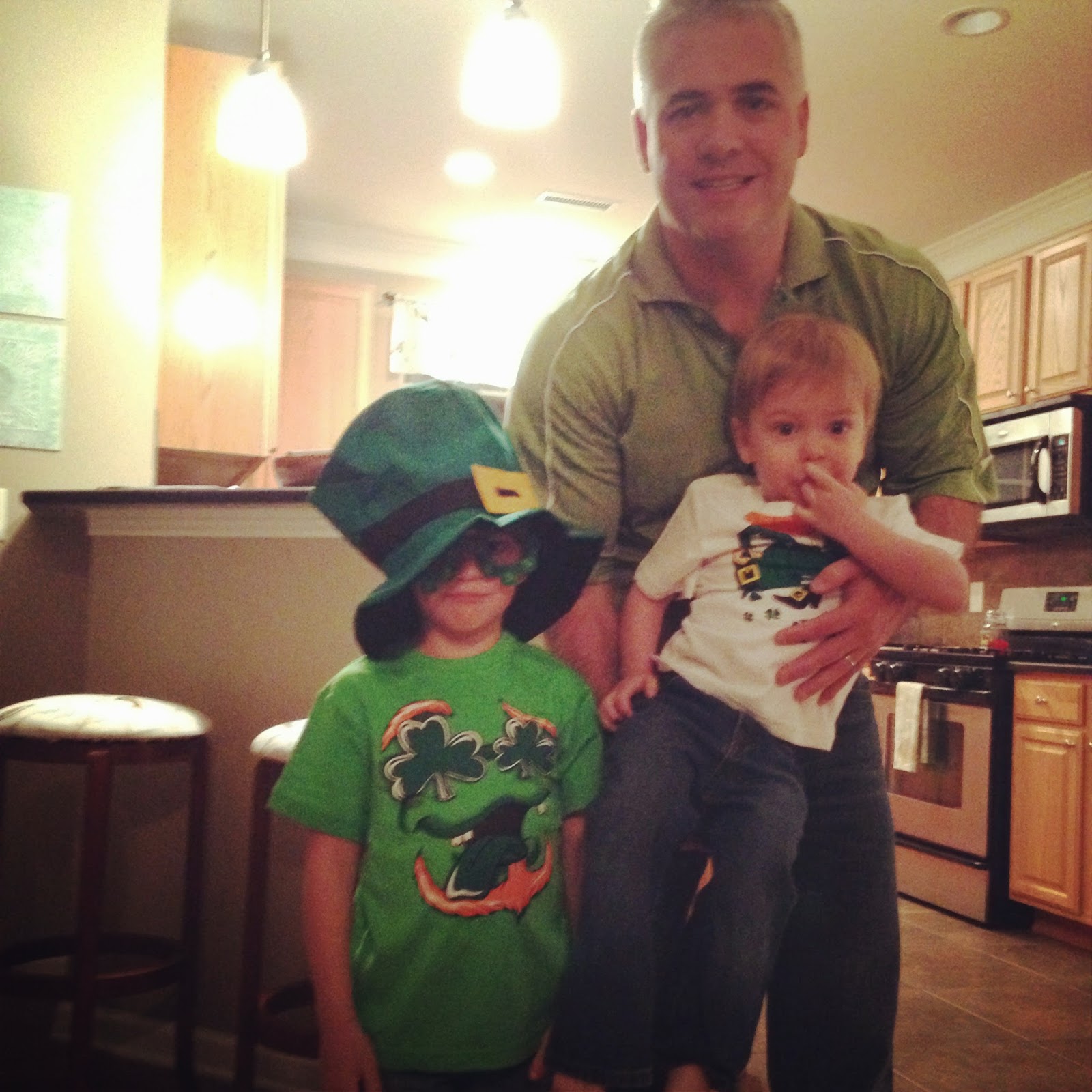 St. Patrick's Day did not come without surprises.  The leprechaun somehow made it into our house and left quite a mess.  The trap that Roman made was not able to catch the sneaky, green fellow.  He was kind enough to leave some green treats behind though.  Roman also made a trap for school which was unsuccessful as well.  His teacher was able to capture a movie of the leprechaun in their classrooms.  She is such an amazing teacher!
Spring Break has come and gone.  It was a much needed break and we kept it pretty laid back. We just hung out at the house and played at parks with friends for most of the week.  It was beautiful weather and the boys were pretty well behaved which allowed me an enjoyable time as well (For the most part:) Rick and Roman went to Monster Jam again this year with some friends. "It was loud and fun."  This was the report that I received. 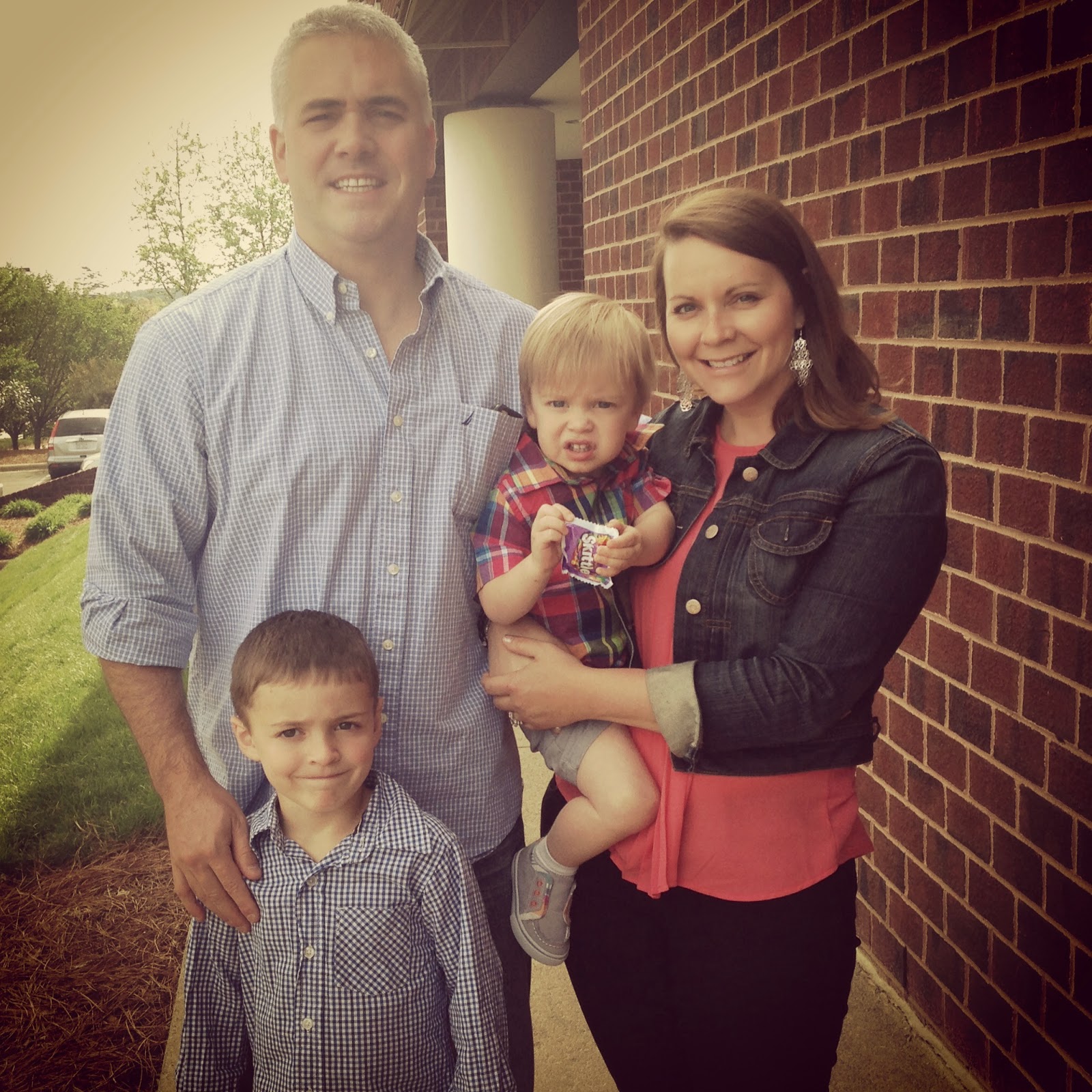 Easter morning came and revealed that the Easter bunny does exist.  The Easter bunny made the 'magic jelly beans' that Roman planted turn into lollipops, made bunny pancakes for the boys, and made us go on a scavenger hunt for the baskets.  The boys looked handsome in their Easter outfits and we all enjoyed the Easter service at Church. We enjoyed a neighborhood Easter egg hunt as well.YAAA!"  After church we enjoyed a ham (which I baked-thank you) with friends.
Whenever you said to Max that Jesus was alive, he lifted his hands up and shouted "
Nana was here for a visit this past weekend.  We enjoyed the nice weather and were able to go to Three Bears Acres for some 'good ole country playing'.  That is my way of making it sound like a great place-I was very disappointed but thank God the boys liked it and I had a Groupon.  It is always nice when Nana visits.  We were able to attend the Southern Women's Show and of course spend more money then we should have.  The boys love her and we are lucky that she is able to come and visit so often. 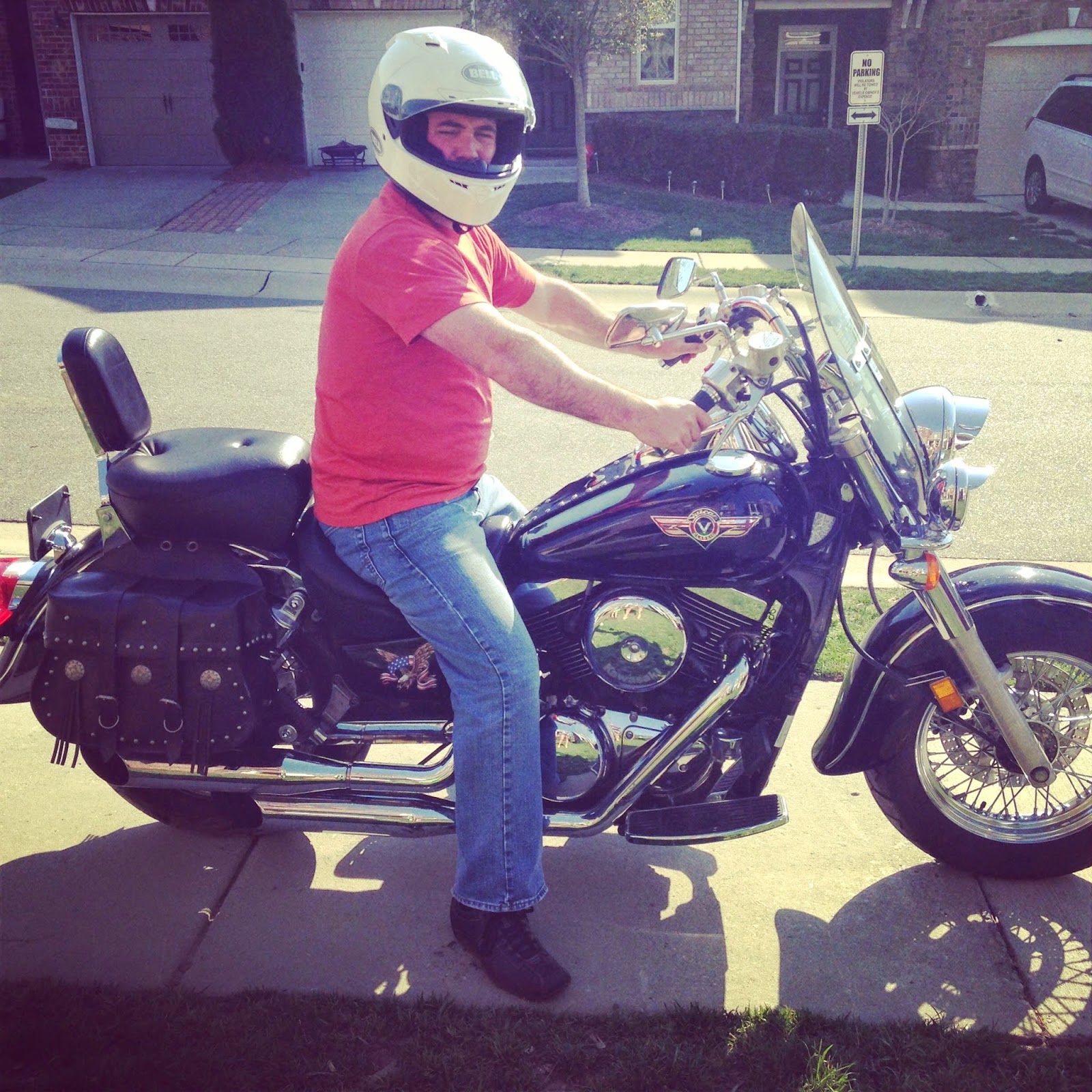 The biggest news for our house this past month would be that we have a new addition to our household.  We would like to welcome 'Lola' to the family.  Lola is Rick's new motorcycle.  It is a Vulcan Classic and he is so excited to have it.  This is a dream for him and I was such a wonderful wife to let him get it:)  Roman loves it and Max is unsure.  Max loves to talk about it and go see it but will not get near it if he is not being held by someone.  He does not like how loud it is.  He is constantly saying, "Lola loud, Dad ride Lola."  Lola came from Max.  He can not say motorcycle and for some reason it comes out as Lola.  We are hoping it grows on Max soon as we are getting a little tired of hearing him talk about it.  The weather is finally warm and spring is here so Rick has been taking some mini rides with it.  In case you are all wondering-Yes, I did up the life insurance policy...just kidding!!! 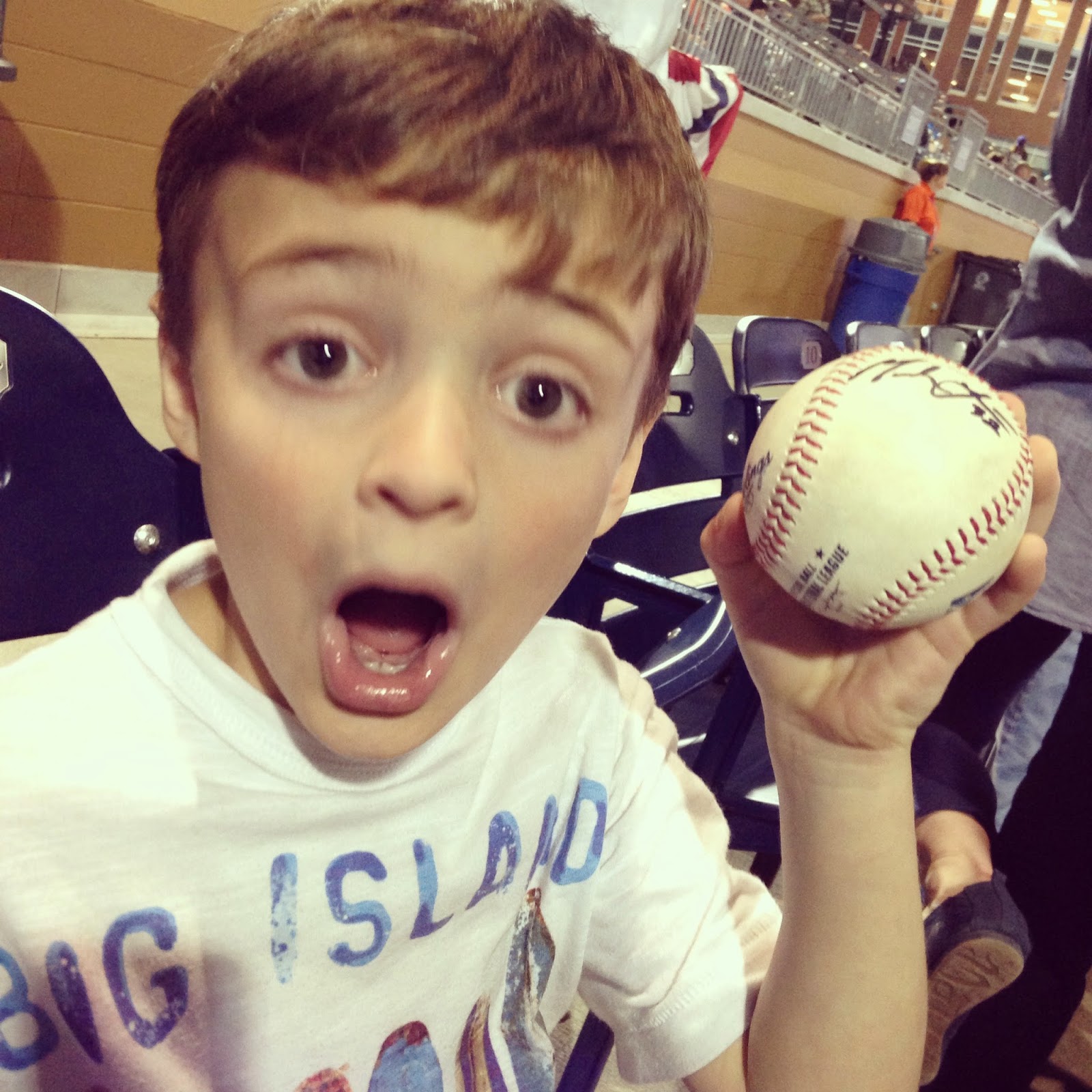 Roman is in his last quarter of Kindergarten and doing great.  He is looking forward to first grade.  He is taking swimming lessons now and is doing awesome and should be able to pass the swim test at the pool this summer so he can go down the big slide.  He is really looking forward to it.  Roman and I made our 2nd annual trip to the ER.  He bumped heads with a friend and busted open his head.  His friend's two front teeth knocked him in the head and unfortunately he lost both teeth.  Roman was able to have it glued together instead of stitches.  When we told him what happened, he started crying and asked if the teeth were still in his head.   He has said a few funny things lately so I thought I would share.  When he saw a vehicle with two pipes he called them two exhausters.  He was walking one day and shaking his hips.  I asked him what he was doing and he said he was trying to walk like a girl.  One night he decided he wanted to work out with me.  He got on the elliptical and said that it would make him run faster and as he kept going he said that he was starting to feel the burn.  He continues to bring smiles to our faces and makes us work hard at other times questioning our parenting:) 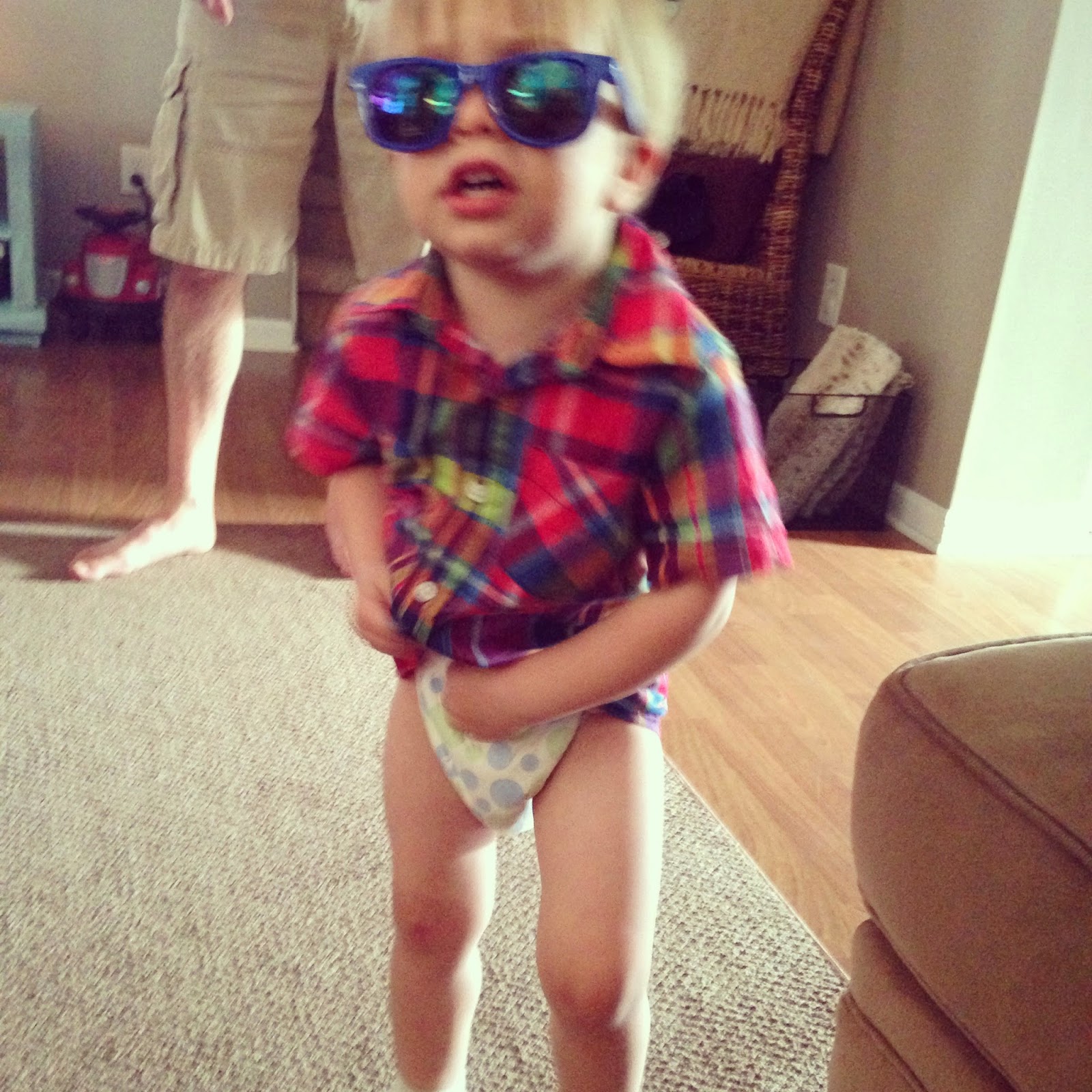 Max is a very strong willed little guy but very sweet.  He is talking in sentences and is able to carry on small conversations.  I was able to recall his first conversation.  We were in the car and he asked why Roman didn't have a hat on.  He asked many questions and would repeat the question to Roman.  It was so sweet and made me smile as I realized I was witnessing and would be able to remember his first conversation.  He loves to read books at bedtime and his new thing is to pray at night.  He will fold his hands and repeat what you say.  He will than get all excited and yell Amen.  He is also in swimming lessons and doing great.  He has no fear and eager to go.  He is always on the go and is losing his baby fat which makes him look like such a big boy.
We are looking forward to school coming o an end and starting summer fun.  Blue Skies are here, Roman's head glue is all dried up and Rick is enjoying his new buy.  It's all good in the Przygoda household.
Click here to enjoy the photos from the past two months.