Summer break may be over but the fun is still happening.  After Rick and I returned from Jamaica we quickly got to work on finishing up our summer bucket list.  After much hard work, we completed it. 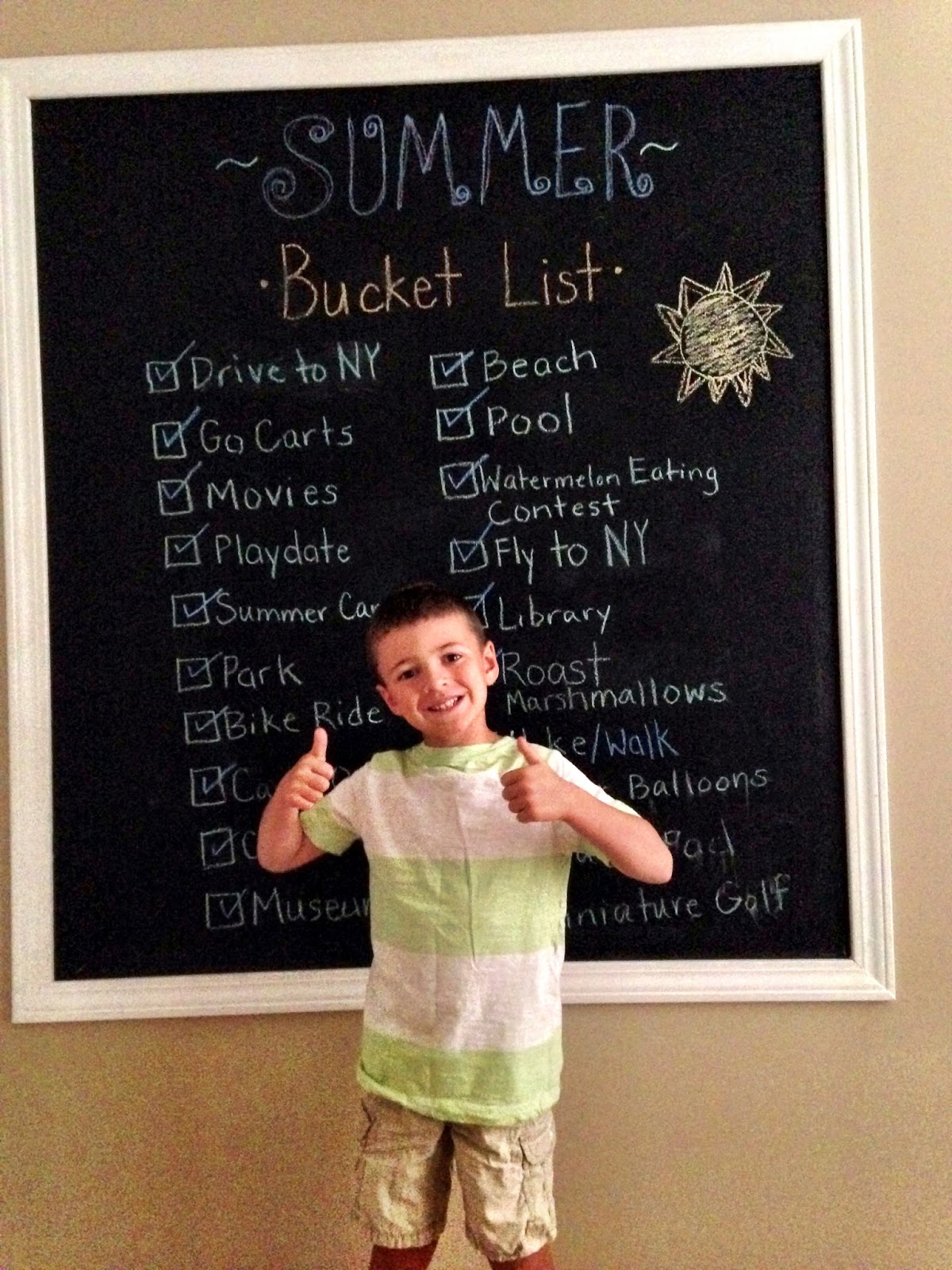 We took trips to the museums, parks, pool, birthday parties, vacation bible school, pool, go-carts (Max loved it as we took him for the first time) and had play dates with friends.  We took a trip to the beach for the weekend.  It was fast but furious.  Max was not a fan of the waves so we took turns keeping him inside as Roman played in the water. 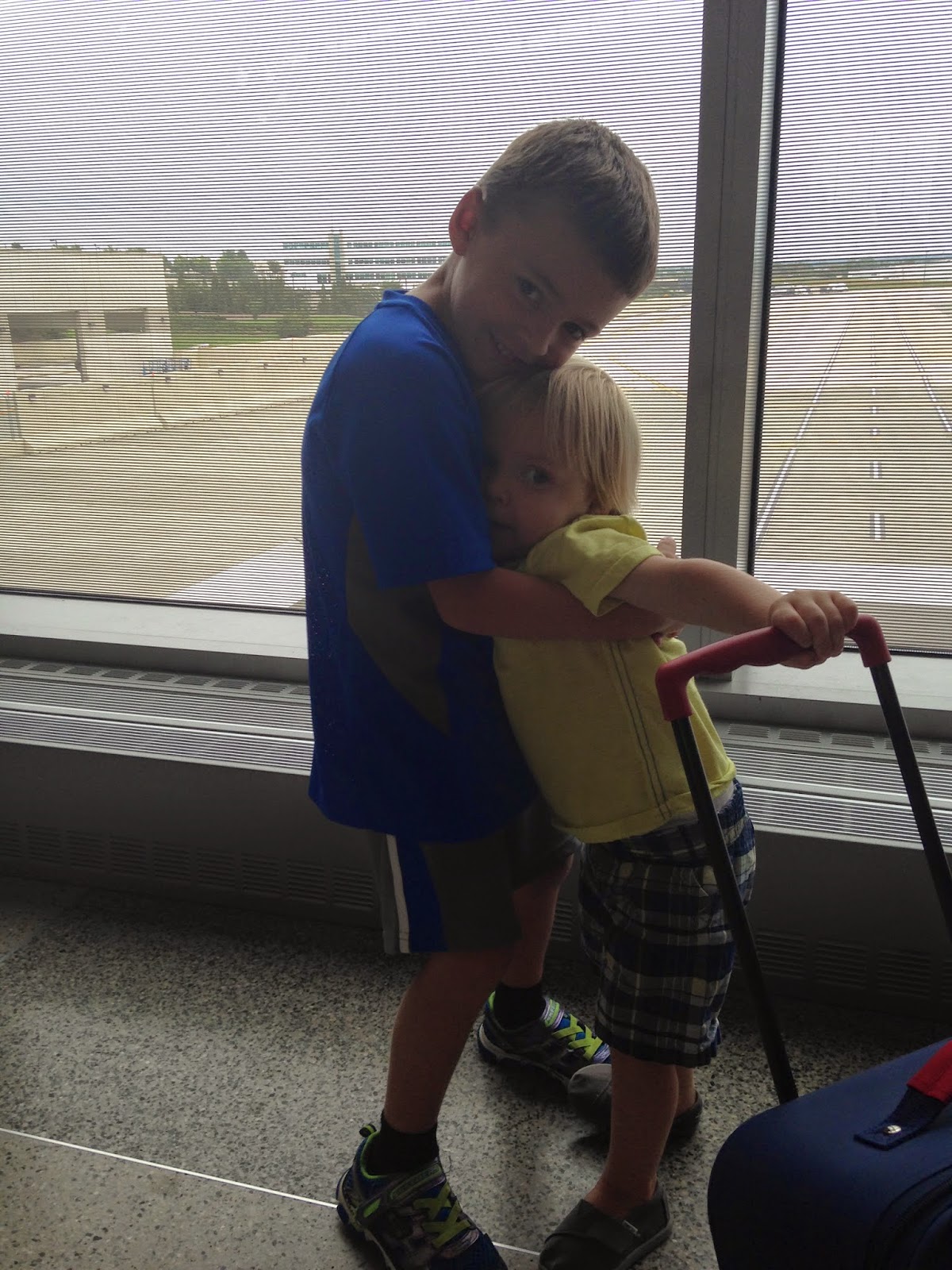 Roman finished his summer break with a trip to New York with Nana for the week.  They did more things than most kids do all summer.  He had a blast but was completely worn out by the time he got home. Max missed him so much and would sometimes cry because he wanted to hug Roman.  Max was very excited when we picked him up from the airport.  Now every time Max sees an airplane he says, 'Roman and Nana on airplane.' Max was spoiled some by Ms. Lora as she kept him for two days.  It was a nice break for Rick and I and we got to have a date night and relax.

School has started and Roman had a great first week of first grade.  It is going to be a neat year to watch him learn the same things I am teaching in my class.  It was a long week with all of us getting adjusted to being back on a schedule.  Rick has been working a lot with his new job so I was completely exhausted each night and am so happy we had this long weekend to rest-as much as you can with two kids anyway:) 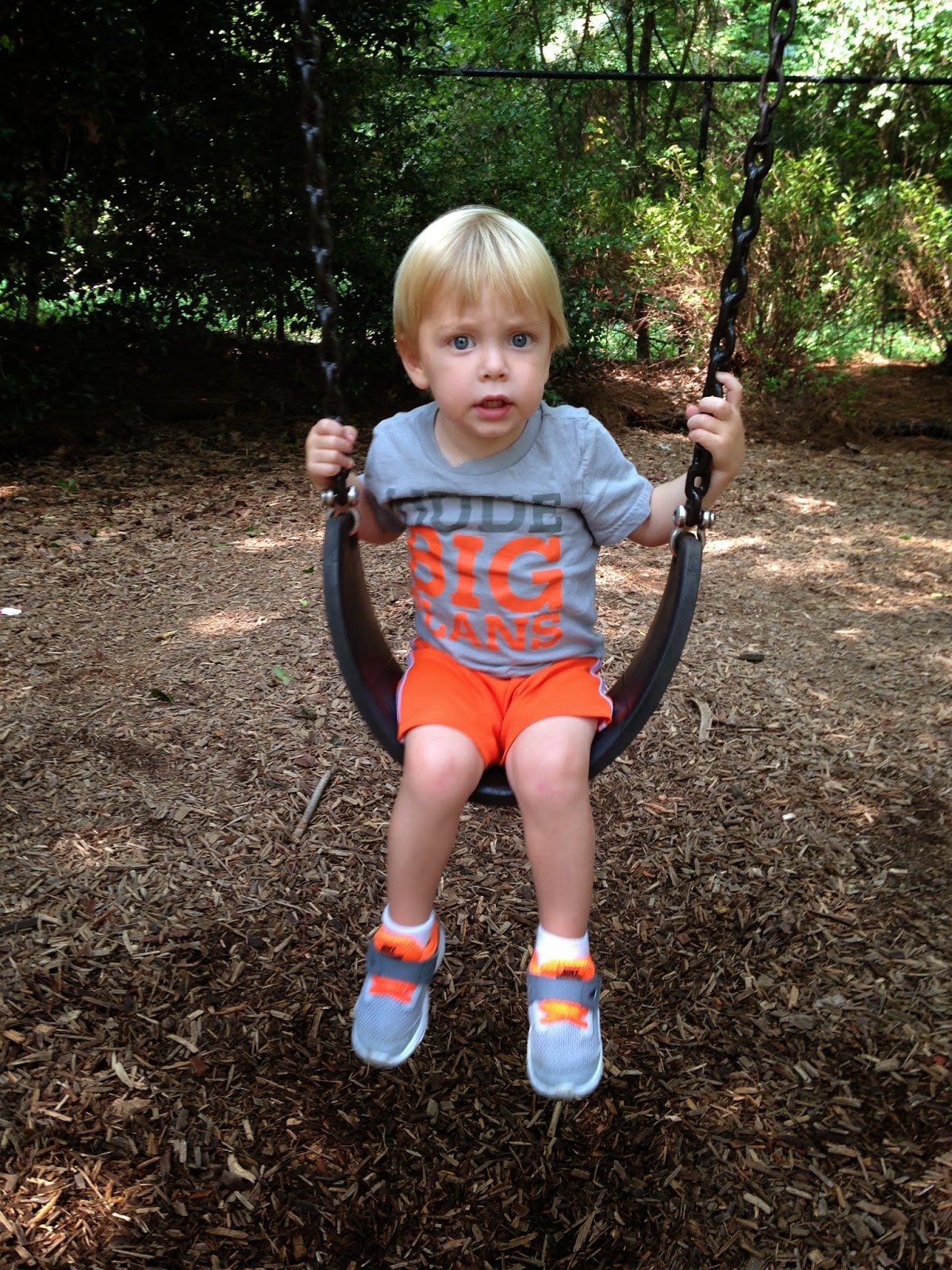 Since Max has been back with Ms. Lora he has been doing great with going to the potty.  He has been in big boy underwear for a week now (except for bedtime) and he is doing great.  We can't believe we are about done with diapers for ever.  Time flies when you are having fun!!!!! 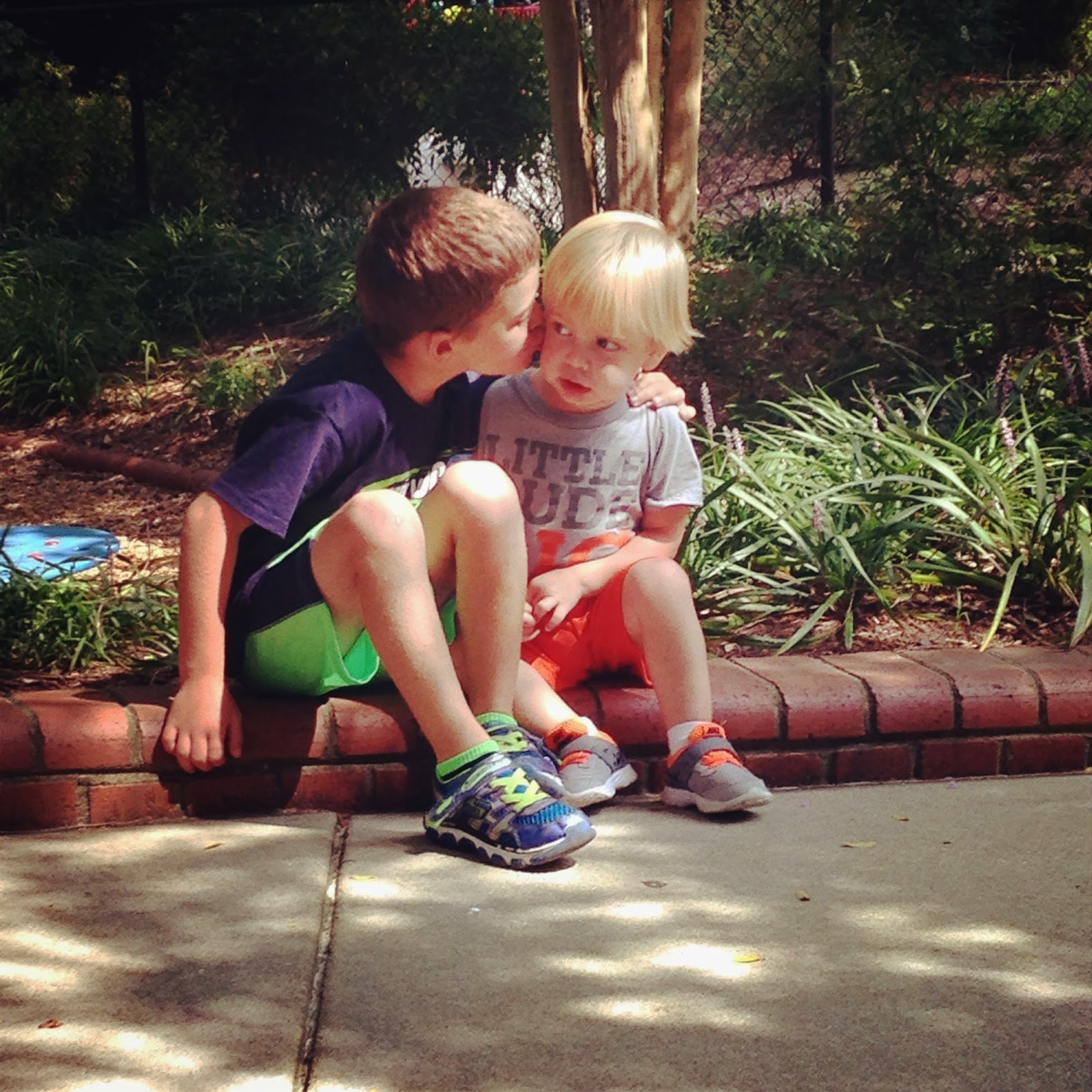 My favorite memory that was made this summer was watching my boys become closer and seeing how they love on each other.  Roman is so sweet with him (most of the time) and Max looks up to him and wants to do everything he does.  The sweetest thing is when they say good night to each other.  Their routine is to hug, kiss, than tickle each other.  I love it!
The post seems short for not writing in over a month but the pictures will show the details I left out.  Many memories were made this summer and we are looking forward to making more this fall.
Check out the photos from June-July.
Check out the photos from August.