Well, 4 months have gone by since my last post. Hmmm, not even sure where to start. I guess I will start with an update from our last post. We were going through a rough patch with Roman but with lots of support and prayer, things have worked out. It was just another test that parenting is not an easy job. We have learned that children are all special and each one needs something different. There is not an easy answer and it is only by trial and error that allows you to finally succeed. Let's just say that we have made a lot of strikes lately and the house is much happier:)
I can't even recall all that has happened in the past 4 months so I will skip ahead to what has been going on lately. 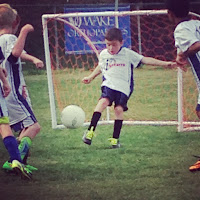 Roman and I have finished up school for the year. I can't believe he is now going to be a second grader. He had an awesome year with an awesome teacher and we are just so thankful for the ones who have been brought into his life to help him grow.  He also finished up soccer and received the award for having a positive attitude which is something we have been working really hard on so we were very proud. He continues to love all things sports and is growing up so fast. 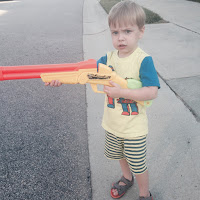 Max is still a little peanut but his vocabulary continues to amaze us. He has a lot going on in his little head and is not afraid to tell us what he wants. When he gets mad he will look at you and say, 'I'm not your friend anymore.' The other funny thing that made me chuckle was he came to sit on my lap and said, 'Mommy, you have spikes on your legs.' He is very active but has a cuddly side. He has been dressing himself, finally going to the bathroom without us helping him, putting shoes on the right feet, counting to 20, saying his ABC's, and learning right from left. He has also started wanting to read to us at night. It is hilarious to listen to him retell the stories as he remembers them.  So cute!
We have a lot of plans for the summer so I will be sure to keep the posts coming monthly. We hope you are all doing well and check out the many photos from the past months.
Przygoda Photo Album