Well, we are already a week into August and I'm just getting around to writing about July. Why? We have been so busy making memories. 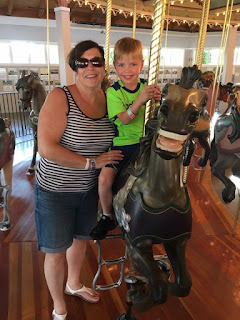 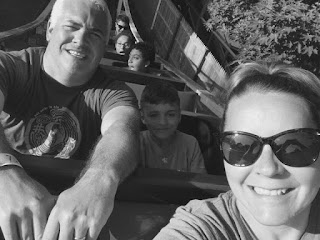 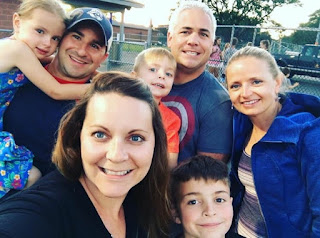 We traveled to Rochester for a week at the beginning of the month and celebrated Rick's 41st birthday. We also were able to catch up with some friends and also enjoy the fireworks with our best friends from Baltimore (who happened to be in town). We took the kids to the amusement park and Roman decided that roller coasters are now his favorite. Max on the other hand is not a fan anymore. This is complete opposite for both of them compared to last year. Either way, I still have someone to do the fun rides with me:) 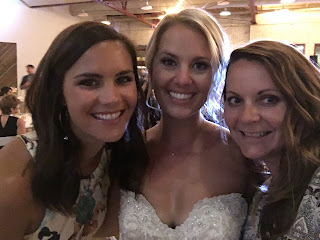 Rick brought the boys back that weekend and I flew to NC for a friends wedding. It was so nice to hang out with them but I definitely did not enjoy the southern heat and humidity.
Max went to summer camp for the first time. It was only for the day but he went each day. He had fun and at the end of the week they had a little rodeo and he got to ride the mechanical bull.
Roman had 2 weeks of sports camp at his school. They are both now at VBS this week. We have jammed a whole lot into this month trying to keep them busy. 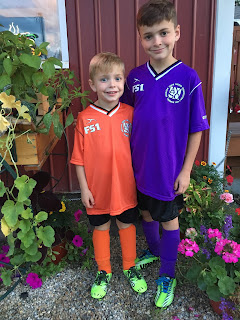 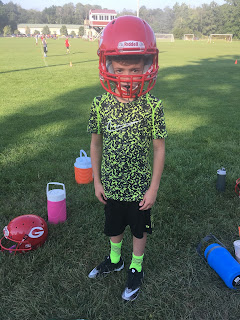 They both were playing soccer and loved it. Roman had to miss his last 4 games as he has started playing football. This is a huge commitment but he has been waiting so long to play and we decided to give him the opportunity. He has practice 4 times a week and games will start shortly on the weekends. He absolutely loves it and he is getting used to the helmet...it is so funny as all the kids look like bobble heads out there on the field.
We are coming along with the house. We hope to be moved in by the end of the month (fingers crossed). I am amazed at the transformation and it is very cool to see my vision come to life. We will still have much work to do on the outside but with time (and more money:) it will get there.
This year we had the Hendrick family reunion. This is a fun weekend catching up with family that come from all over. There is always lots of food and of course a hayride. 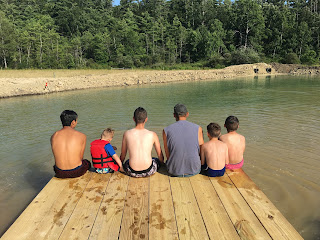 One fun thing that has been added to the farm here is a pond. This is something that has been talked about for a long time and it is finally here. The boys love swimming in it and the paddle boat is a great addition to it. Next year we will add fishing and ice skating to some of the fun things we can do at Grammy and Tractor Poppy's farm. 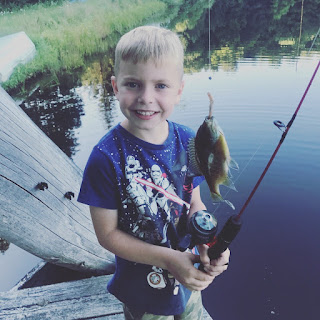 Roman has done a lot of fishing with his cousin and Max got a shot at it the other day as well. They always catch something. Just more memories being made. 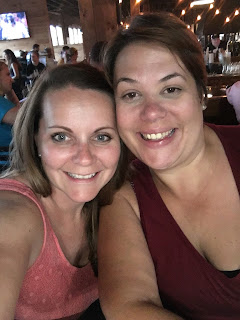 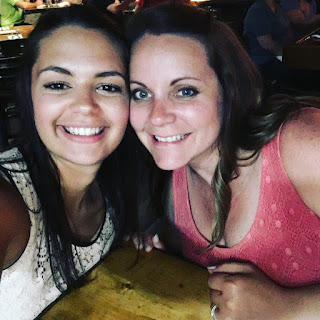 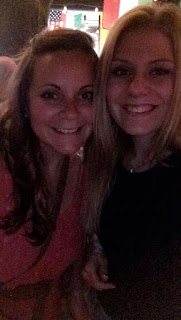 I was also able to get out one night with my sister-in-law and niece for a girls night out. I really need to have more of these.
The boys have had lots of playdates both at our house and at their friends. Roman insisted on having a summer party with friends from school so that is exactly what we did. It ended up raining but no worries...having about 12 kids in a 1300 square foot apartment is no big deal:0
We celebrated my Dad's birthday and my parents celebrated their 52nd anniversary. They are a great example to our family and we are so blessed to be here to make more memories with them. 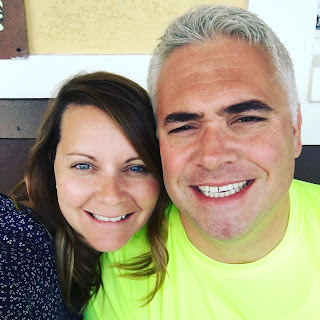 Rick and I celebrated our 13th anniversary. We had a night out and got sushi (our favorite). We decided that having a house renovated was a big enough present for the both of us this year:) 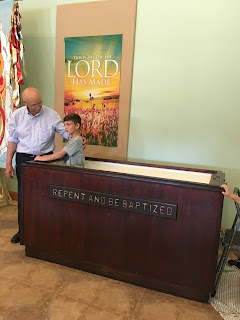 The biggest memory made this month was Roman getting baptized. This was a chose that he made. We are so proud that he chose to make his faith public. We don't have this parenting thing down perfect but when he makes choices like this...we must be doing something right.
What memories have you made this summer so far?
Sometimes you will never know the value of a moment until it becomes a memory. ~Dr. Seuss
July Photos
House Photos