Two Months Late But It Was Worth the Wait! 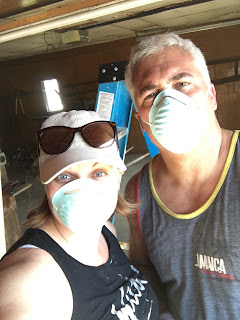 I am finally ready to give an update. The past two months since I have posted have been a whirlwind.
We moved into the new house the beginning of September. We had an open weekend and decided to just do it, although it wasn't 100% done. I mean the house will probably never be 100% done though right?!? With the help of some of my family and neighbors we moved everything in two days. Organized chaos followed for a couple of weeks just getting settled. We feel so blessed to be in this house and are so happy with how it has turned out. We are now working on a few projects that still need to be done outside. It has been a blast watching my vision come to life with the decorating of the house. We are officially open for business at 1616 Helderberg Trail so stop on by and say hello! 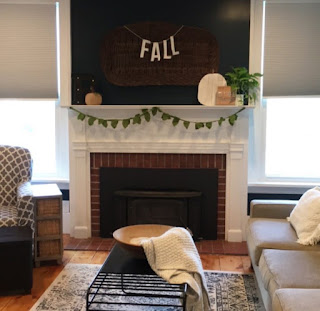 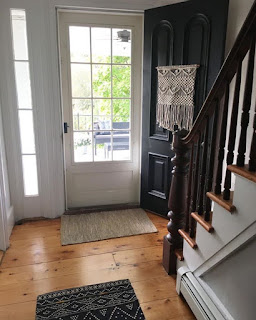 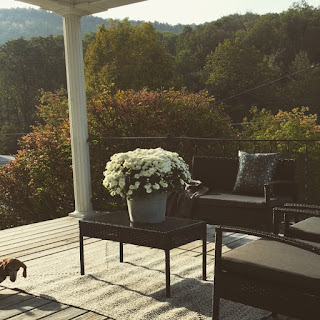 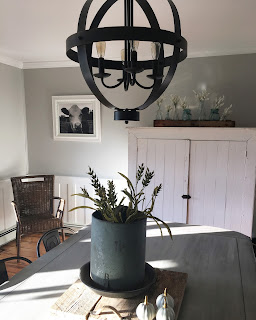 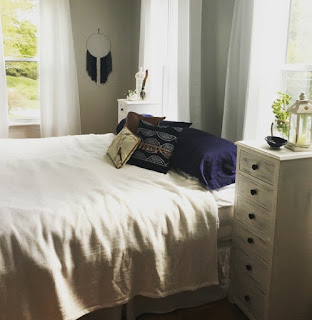 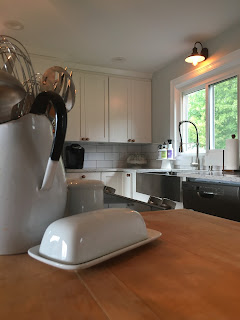 The boys are obviously back in school. The transition into a new year was smooth and both the boys seemed excited to get back into the swing of things. Max is in Kindergarten and is loving it. He has transitioned into getting up earlier than he is used to and it has been a lot easier than we thought. He has such a desire to learn and I am excited to watch him grow. Roman is now in 4th and already the homework is rolling in. I am being forced to freshen up on my math skills:) He has made some great friends since moving here and so it makes for the school day to be much easier for him as he has never been much of a 'school kid'. 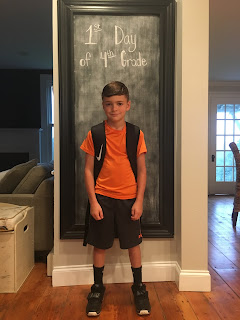 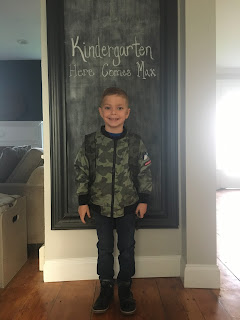 Right before school started, each of the boys got to spend a long weekend with their NANA in Rochester. It's nice they get to have some one on one with her and gives us time to focus on one kid at a time.
In the past two months we have gone camping (which we did more of it but with the house it didn't happen), attended some birthday parties, hung out at the county fair, enjoyed a night of partying at my brother's pig roast, celebrated my niece at her wedding, ate way too much lobster, and did a lot of swimming in the pond on the farm before the weather turned. 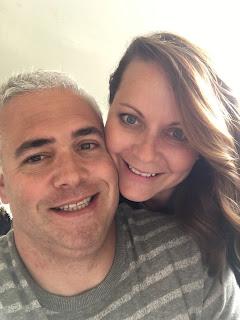 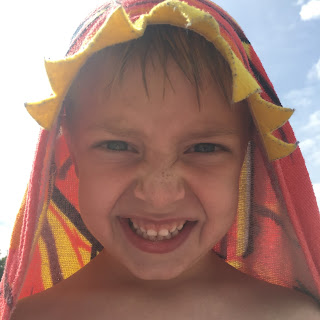 Rick has transitioned to working from the house, the boys are at school, and I have been getting the house put together. I am signed up to sub in some of the area schools and hopefully a job will open up soon as I have received my NY certificate for teaching. This was a process that took 7 months of back and forth paperwork...I was persistent and it all paid off! I don't know what the next step for me will be, but I am open and know it will be good.
One thing that has pretty much consumed a lot of our time has been football. Roman is playing tackle football this fall and is absolutely loving it. He has always asked to play and we finally signed him up this year. This boy eats, sleeps, and breaths football. We are so proud of his dedication to the sport and so far his team is doing great. He has scored in 2 of the 4 games. He is growing up so fast and I could not be more proud to be his mom. 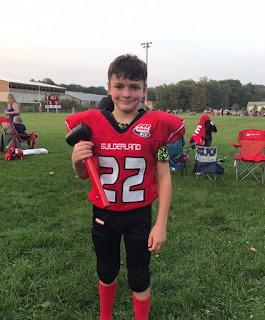 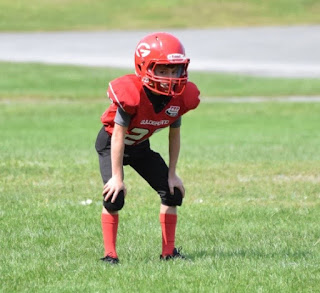 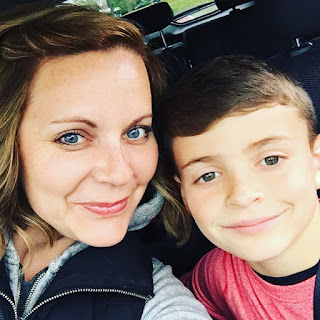 Max will be joining some sports in the future I am sure. He wants to play anything and everything. That boy definitely needs the action as he is always on the go. I guess we didn't know what we were doing when we named him Max because he is always on the 'Max Speed':) There are days I am not sure what to do with him but I know he will be something great with his strong personality. I often feel like I am getting 'beat' by him and get discouraged in my mothering skills but than small things happen and I am reminded that I am his mom for a reason and I'm not doing such a bad job. We were at Roman's game the other night and I was busy doing something as the National Anthem started. I obviously stopped in my tracks to give respect while looking around trying to find where Max was. Everyone was quiet. My eye caught him on the opposite side of the field all alone running. As soon as he heard the anthem start, he stopped, placed his hand over his heart and stood there until it was over. It was a proud Mama moment and I had to hold back tears. It is not always easy raising kids but when you see glimpses of who they are and will become, it is an amazing feeling. 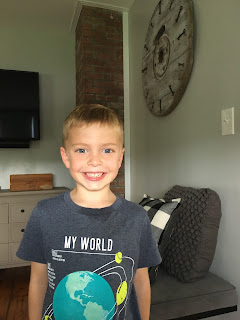 October is here, the weather is changing, we are in a new home, and we are excited for the next chapter. Sometimes we think things come to late, but it is always worth the wait!
Click for Pictures of the House
Click for August Pictures
Click for September Pictures