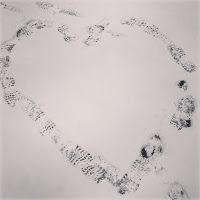 November is the month when we focus on what we are thankful for. I wish we would do this more often throughout the year. However, I am feeling extra thankful this month as it has been a good one. It has been a month of being focused, being alert, and spending my time and thoughts on those things that really matter.
We started off the month of November with a date night. We enjoyed dinner out and followed it up with a game of bowling (which I won by the way). Our marriage has to be number one. We are focusing on each other more than we have since having kids. It is so easy for the kids to take over and for all our attention and energy to be given just to them. We are making a conscious effort to give them all they need but the best gift we can give them, is to show them that mom and dad love each other so much and our family is what it is because we put each other first.
Thankful for a husband who is putting me first.
This past month my dad traveled out of the country so we had my mom over for dinner. It is such a blessing to give back to them as they have given so much. Although I was jealous that I was not traveling with my dad (I grew up traveling the world with him.) I loved spending the time with my mom.
Thankful for the best parents in the world. 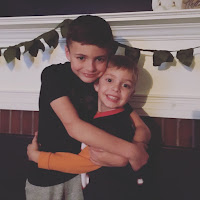 This past month the boys both had school projects and I feel like they were never ending. Max had to disguise a turkey which he turned it into a football player (no surprise). Roman had to make a model of a longhouse and do a report on it. He also had a book report due. They both did great on their projects but this mom was warn out and was happy when they were all done. I always say to my kids that I already went to school and did my homework but somehow I am sitting at the table with them each night while they do their homework. I do love watching them learn and for them to explain all the things they are doing in school though.
Thankful for smart kids who want me to sit with them.
We had some local elections and of course we showed the boys how to exercise this civil right of ours. Although I was not able to vote in the town (the one we just moved out of...1 mile down the road)  that my brother was running...he won! Being a small town 2 votes can make a big difference so we were happy that our two votes didn't determine the race.
Thankful for the right to vote.
I had a chance to get some girl time this month. I went to the movies with my sister in law and niece and ended it with a photo booth selfie session. I also went to lunch with a friend where we were just free to chat and take a moment for ourselves.
Thankful for friends who make the time.
To start the Thanksgiving week off, Roman had a feast at his school. I was volunteered to make a turkey and 2 pies.
Thankful for a crockpot and a grocery store that makes great pies:)
Nana came for a visit the weekend before Thanksgiving. The boys had fun shopping and we went and saw the movie Wonder...which by the way, is an excellent movie and should be seen by all. Our best friends from Baltimore came for a few days for Thanksgiving. It is always a blast having them around. We ate too much, watched movies, enjoyed Hibachi (the kids favorite) and went to the trampoline park to get some energy out.
Thankful for friends who have become family.
The morning of Thanksgiving, a few of us ran the Troy Turkey Trot. It was a cold morning but we warmed up quickly. We all finished, received our t-shirts (which is the only reason I run...lol) and worked up a big appetite.
Thankful for health to trot like a turkey. 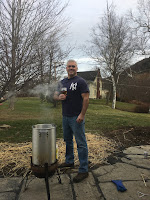 This year was the first year that Thanksgiving was not at my parents house. I hosted this year. We had 16 for dinner and 21 for dessert. Rick of course fried the turkeys (10th year doing this regardless of what house we eat at).
Thankful for family to share the holidays with.
After Thanksgiving Rick and I had a night of being alone and hanging out with other adults...imagine that. The boys each had a sleepover. Rick and I went to my brother's house for a 'game night'. Too many laughs were had and I so wish they did this more often than every 2 years:)
Thankful for laughter. 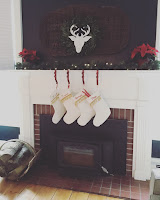 It is now the last day of November...this has not happened before but the Christmas cards are sent out, the gifts are bought and wrapped, and the house is decorated (inside only this year). This month will be a month of focusing again on the important things and will not be consumed with the 'haves' and 'musts' that can come with this time of year.
Thankful for empty lists to do.

Have you stopped to reflect on what you are thankful for?
November Photos