Happy New Year! Another year has come and gone and while some great things happened this past year, I am more than happy to say good bye and have a fresh start. Typing this though sounds really funny. I mean, isn't everyday a fresh start? Yes, it is but I am looking forward to a year of peace, clarity, and direction...these things were definitely lacking this year.
I don't make New Years Resolutions but I do always try to make the next year better than the last. With that being said, I don't just have hopes for peace, clarity, and direction because hopes in and of themselves are just that...hopes. I need to focus on how to turn my hopes into reality. To do this, effort needs to be put in and discipline on a daily basis will need to occur. I am open and committed to doing what I need to do in order to turn these hopes into reality.
Well, now that my secret is out that 2017 was not my favorite and many challenges were thrown our way, I will move on to the things that I should be focusing on. I mean, many people have had it worse than I could imagine this past year so I need to swallow my pride and be thankful that problems were just that...problems! Problems can be solved...you just might have to look for the answer in different places. 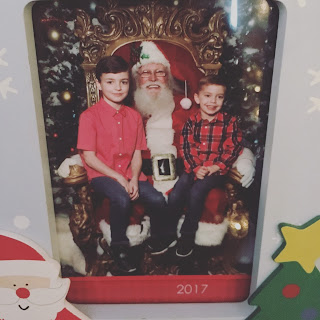 This past month was of course filled with all things Christmas. The boys each had a party at school where I was able to attend and help out. They each had a few sleepovers with friends and cousins. I remember having sleepovers when I was young and I remember the excitement. The only downfall...they usually come home cranky from lack of sleep. Oh the joys of being a kid.
We had some friends over a couple different weekends. It is so nice catching up with old friends and getting to know new ones. We are blessed to have the people in our lives that we do. I have always said, it is better to have a few close friends than a whole lot of acquaintances.
Roman and Rick attended a banquet for football. I know Roman enjoyed it and we are looking forward to next season. Football basically runs this house whether it be on TV, being played, discussions happening, cards being organized or jerseys being worn. 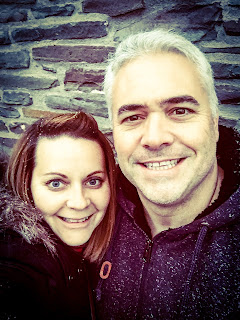 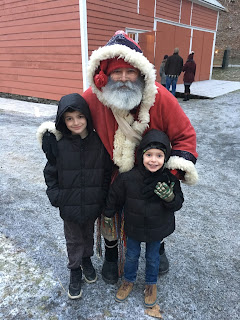 We took a little road trip to Cooperstown to visit the Farmers Museum. We went with my brother and sister in law. It was a cold day with snow falling but it was fun to take a carriage ride, see all the amazing buildings, meet St. Nick, and to see the Francis Wagon Display. If only my great grandfathers believed that cars would take off and wagons would fade out...we could be running the the largest car dealership in town.
The boys and I went to see the new Star Wars movie. It was great and the boys loved it...well Roman did, Max feel asleep half way though even though he will say he didn't.
The month did not end without some health issues. Roman came down with his first ear infection ever and it ended up in both ears. A week of antibiotics and it was taken care of. Only 1/2 day of school was missed. Max however, missed a whole day of school when he touched the wood stove with both palms one night. We are still not sure why he did this as he knows better. His hands of course blistered up and the poor guy feel asleep with a wet towel on his hands. Thank God the next day they were not bothering him. I always said that Max is the one who will test the limits. He needs to see for himself. Good luck Bud! 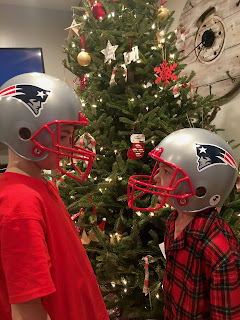 Christmas came fast and fun was had by all. Our two elves of course came back and were up to their antics. The boys still very much believe in the magic of Christmas. Christmas Eve we went to my father's church for the candlelight service. We then had a little get together at our house. Santa showed up just in time for Roman to wake up at 1:30 am just to make sure the presents came. I mean, Santa sure does time things right. He obviously went back to bed and a few hours later we were all up enjoying the excitement of Christmas morning. That night, we had a big family dinner at my parents. As crazy and hectic as it is when we all get together, It is our tradition and Christmas would just not be the same if we did it any other way. The following day we went to Rochester for a few days. We had a second Christmas there. Lots of food, boys being spoiled, and the movie Jumanji with Nana made for a fun few days. 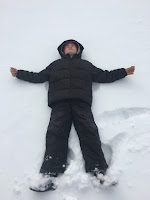 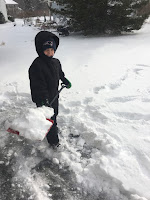 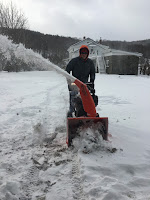 Unfortunately we ended December on a cold note...literally! I know America is all just about frozen right along with us but it is brutal. We had some frozen pipes in the new house. So, thanks to this brutal December weather, we are learning just how old this house is and what work still needs to be done.
When it rains snows, it pours freezes.
December 2017 Photos