January was the longest month and although I don’t wish for time to pass, I was hoping for January to pass. It was cold, snowy, busy, and the longest start to a new year! 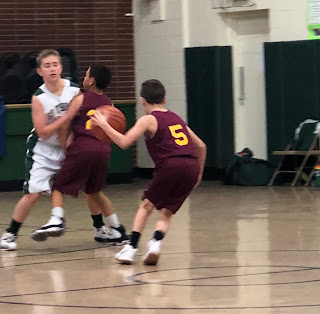 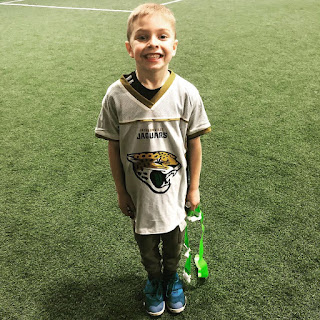 The boys have been busy with their sports. Max has been playing indoor flag football. He is doing great and loves it. He has had a few touchdowns and has run for many yards. Roman is playing basketball and has proven to be quite the defensive player. He has had many steals in each game. We love watching them play and be a part of a team but it makes for some late nights and busy weekends. We are looking forward to a little bit of time off as both of their seasons will be ending the end of February. Soccer is right around the corner.
We rang in the new year at home once again. It was pretty uneventful but at least no money was spent and we did not have to fight with any crowds. Both the boys made it to midnight. 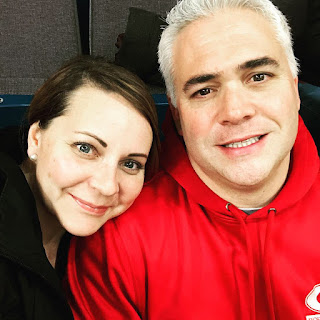 We made some time on our busy weekends between games to spend some family time together. We have gone out to eat probably too much and took a pit stop at Dave and Busters one afternoon. The boys had fun playing in the arcade. We also enjoyed an evening out to a Sienna Basketball game. Even though they lost, it was fun and the boys enjoyed watching the professionals.
I was able to get out with a friend for a little relaxation and a chance to chat. Good friends are hard to come by so when you have one, make an effort to spend time together. It is good for the soul to open up to and just be present with people who make you a better human being. Rick and I also had a night out with some friends. The boys had a fun night with their Aunt and Uncle eating Chinese, watching a movie, and enjoying popcorn. 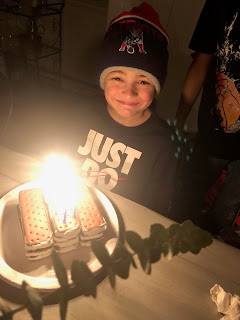 Roman turned 11 and had a party at the house. He had 7 friends over and trashed the house☺ Well, they all had fun and popcorn can always be cleaned up. It is the memories that are made that are the most important. It was a glow in the dark party and they all had a blast.  I think the biggest hit was the cotton candy machine which Max got for Christmas. I can’t believe Roman is 11. He will always be my little guy. This has been a little rough of a year for him as we are going through some ‘growing pains’ and situations that are out of our control but he is persistent and amazes me that he looks at each day as a new day and a new beginning.
Both the boys have had a few playdates. Max had a sleepover at a friend’s house and was able to play in the snow and be pulled on a four wheeler. Roman had some birthday parties he attended as well.
The month of January has been very cold and we have had a few snow days at school. The weather in New York is so unpredictable but each new winter, I am reminded just how much I hate the winter. I am hoping the Groundhog is correct this year and spring is going to come early. 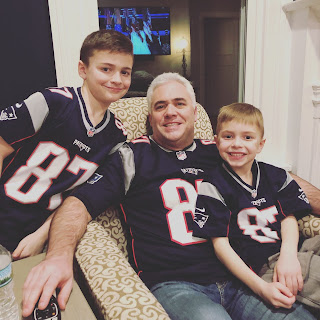 The highlight of our month is that the Patriots won their 6th Super Bowl. We had a party with family with lots of food and laughs. The game was a bit boring but great defense was played on both teams. The Patriots turned it on just in time and Roman’s birthday wish came true.

February is now upon us and even though the month has brought some sickness, more cold weather, and another ride on the roller coaster of life, we are determined to take it one day at a time. We are fully engaged in this life we were given and will make the best of it. THE BEST IS YET TO COME!!!!
Latest Photos