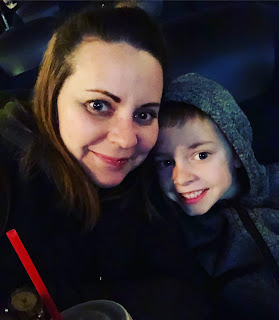 Max and I went to see the new Dumbo movie. He said, "It was the best movie he ever saw." Well, it was super cute and reminded me...Don't just fly...soar! -Dumbo 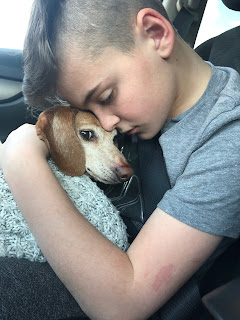 Mango was sick again this past month for a couple of weeks and we were getting ready to have to say good-bye. After a big vet bill and a lot of love, she began to soar. We have no idea what was exactly wrong with her or why she all of a sudden decided to get better, but she did and we couldn't be happier to have her peeing on our floors and snuggling under out blankets again.
We attended a basketball game between some teachers at the boys school and the Sheriff's department. It was a great game and it came down to the last shot at the last second...Sheriff's department won! Although the kids wanted to see their school win, it was fun to see the Sheriff's win as their department sponsored Roman and his team for basketball.
My mom unfortunately fell and broke her hip joint. With a little bit of rest she also decided to soar. She is healing great with no surgery required and no wheel chair was going to hold her down. 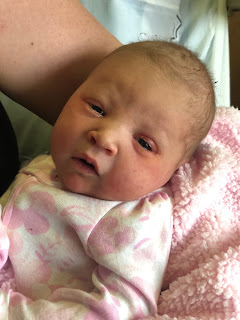 We are all soaring high with a new member to our family. My niece and her husband welcomed the cutest little baby girl two weeks ago. Visiting her in the hospital was such a blessing and being an aunt is second best to being a mom. I am looking forward to all the future baby snuggles.
One evening we decided to grab some sushi and get pedicures. Yes, besides myself, Roman and Rick joined me. It was a funny sight to see the two of them sitting together getting their feet pampered. God knows Rick needed it and as far as Roman, he just said, "I just like how they rub my feet."
Roman went on a field trip to the movies with his class. He saw the Penguins movie and then they ate lunch at the food court. I was not able to go but I am pretty sure he is getting to the point where he doesn't care if I am there or not. He was just more concerned if he had enough money to get all the food he wanted at the food court:)
I just completed my 3rd graduate class. I have received all A's and pretty proud of myself. Changes are on the horizon so we will see my next step. Roman is playing flag football on a small team at his school once a week and Max continues to release his energy with whatever trouble he can find. Rick is hard at work 'bringing home the bacon' so all in all we continue to stay busy. 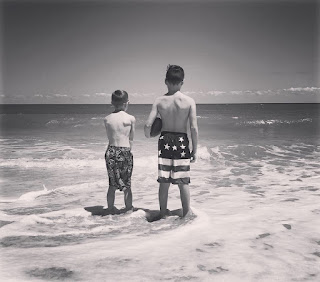 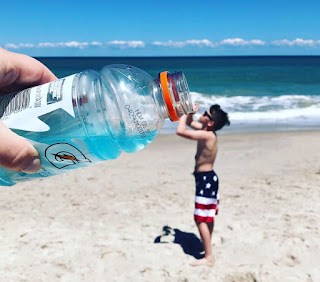 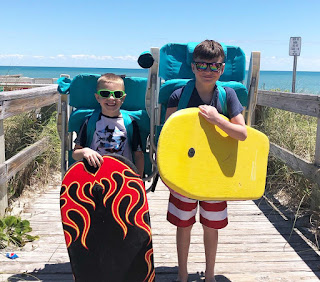 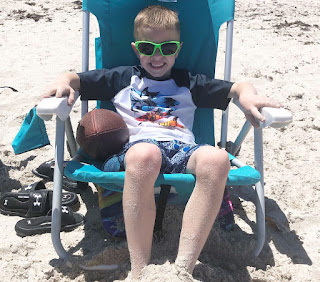 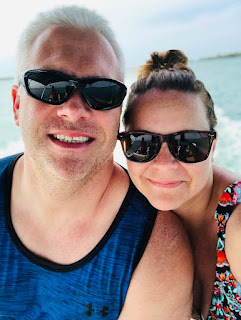 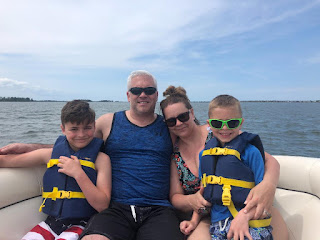 The boys and myself were on spring break last week so we headed to the airport to soar high in the sky down to Florida. We stayed in Vero Beach where my brother and sister in law as well as our Friend Chris and his daughter joined us. We had a nice relaxing week soaking up all the sun. We ventured to the beach where a manatee swam right behind Roman and my brother while they were in the ocean. Max was catching some sand crabs with a local man while I took in all of their cuteness. We enjoyed a nice lunch at a restaurant on the beach. We also spent lots of time at the pool. The Easter Bunny even managed to find his way to deliver the boys their baskets. Rick joined us on Monday after he spent the weekend with his family for their last Easter dinner together as his mom is moving to Florida. On Wednesday, we took a trip to Cape Canaveral to the Kennedy Space Center. This was such a cool place and Roman in particular enjoyed it as he is interested in space. We got to see so many cool things and we even got to meet the astronaut, John McBride. We even saw a few alligators just hanging out by the waters edge as well. The following day we rented a pontoon boat and went out on the Indian River. It was a beautiful day and we were able to see another manatee and a few dolphins. I was able to capture a short video of them jumping out of the water. We returned that weekend to unfortunately cold and rainy weather in New York. Our flights were very turbulent so I guess that was New York's way of saying Welcome Back. 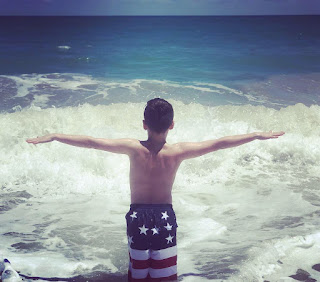 We are now on the countdown to Memorial Day where we will get another 5 day weekend. Summer is right around the corner and we are looking forward to what lies ahead. We are not sure what that is at the moment but we are ready to not just fly, but SOAR!
April 2019 Photos