Tomorrow is a New Day!


June is here which means summer is within sight. We are all getting excited for school to end and for another round of summer adventures to begin. I will not lie, this past school year has come with many ups and downs. Many of them were out of our control but though it all, we are learning how to handle 'hard times' and what we can do as people to change our mindset that each new day is a new opportunity. I am learning this at this very minute. It is not easy and definitely not easy trying to teach my boys this as I don't always have the answers. However, I have to remember that fear, anxiety, disappointment, and rejection do not define us. We are often faced with things we don't understand and may never understand. It is these things that mold us into the people we are to be. Our faith is what keeps us going and knowing that there is someone in the fire with us, is enough to help us carry on to the next day. 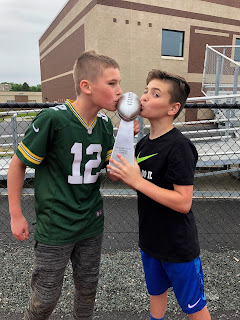 Roman has been playing flag football and had the opportunity to QB. He loves it. The passion this kid has for football is like no other and it is such a joy to see him excel in an activity he loves. They won the championship! We will do whatever we can to support him in all of his journeys. Tackle will be starting up the end of summer and both the boys are so excited. Max will be in full gear for the first time so we are trying to get more weight put on him:) This kid has so much energy and he just keeps getting taller but the pounds don't seem to go up. Either way, he has heart and a mind that tells him he is tough so he will do great regardless. 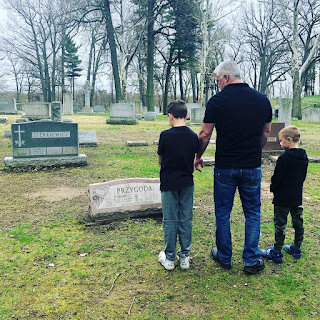 We took a road trip to Rochester one weekend to celebrate my mother-in-laws birthday and retirement. It was bitter sweet as it was the last time to be in her house. She has moved to Florida. The positive though is that we now have a place to stay when we visit. While we were there we visited Rick's dad's (Grandpa Roman) grave sight. The boys talk of him often even though they have never meant. Roman did say it makes him sad that he never got to meet him. I know he is watching down on my boys and would love them so much. 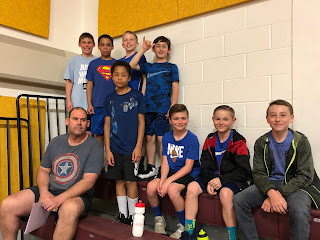 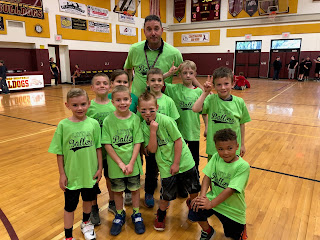 The boys participated in a dodge ball tournament at school. This is something that all the kids look forward to each year. This was Max's first year being able to play so I had t-shirts made up for Max's team (Little Ballers). They did amazing and they were the champions for their 1st and 2nd graders. Max was a beast as usual. He woke up the next morning and said, "I still can't believe we are the champions and we never played before. This must be a world record." Roman's team also did great. They made it to the championship round for the older grades but lost when time ran out and they had one less man on the court. They were disappointed but it was a blast and sitting on the bleachers for 3 hours watching was all worth it.
My mom had surgery this past month on her shoulder as she took a fall. Unfortunately she was laid up for awhile so I had the opportunity to go over and help. It is hard when you see someone you love and who is so active not able to do their normal routine. I am so glad I was around to be a helping hand. Of course she always made it worth it as there was always some fresh baked goods around. The boys enjoyed going over as well as we have had some nice days and they have been riding the dirt bike. Max is getting quite good and a little too brave on it but the smile on his face when he whizzes by is enough for me to 'let him fly'. 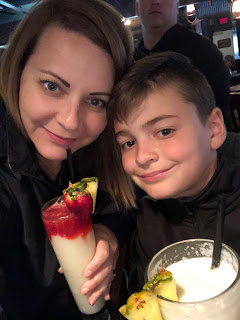 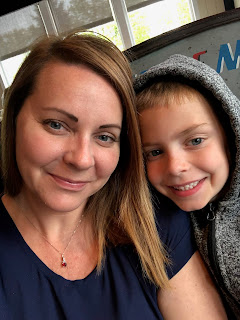 Mother's day weekend was nice and relaxing. We went out to lunch at Red Lobster (I let the boys decide) and we all ate way too much seafood. The boys each made me some sweet cards and Roman had breakfast all ready for me when I woke up. 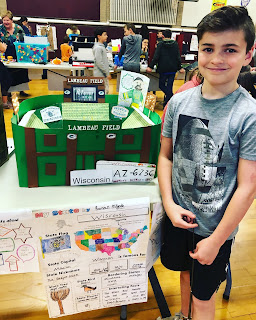 Rick and I had the opportunity to go over to the school to see Roman's Jackdaw project that he had been working on for a couple of months. He researched the state of Wisconsin and did a lot of research and learned way more about that state than I thought possible. He made Lambeau Field to represent the state. He did a great job!
Both the boys had a field trip. Max went to see a show at a local theater and Rick meant him afterwards at a park for lunch. Roman went to Fort William Henry. 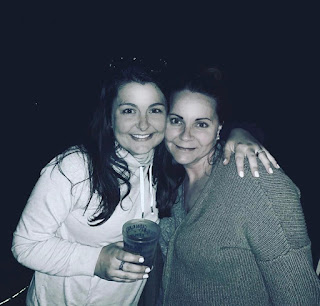 We had more birthday parties this past month for different friends and family members. We were also able to meet up with some friends at a local park. They had moved away so it was so nice to catch up and let Max play with his friend Brooks. We had only known them for a short time but the friendship that our boys had made and the connection we made as a family is so special. My friend Jenn said it perfectly when she said that we were brought together for a time even though we both would not stay. It is so true how people come and go from our lives but some will remain forever even if not in the same physical location. 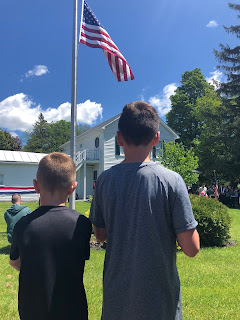 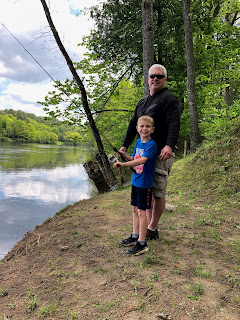 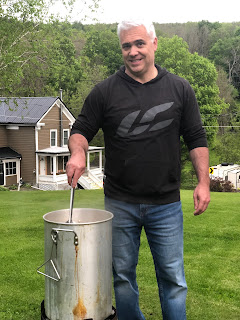 Memorial day weekend was busy. We had a cookout with some family and made a low country boil, lobster, and clams. We followed the night up with a campfire. That Sunday we went up North to my brothers camp for the day. The boys were able to do some fishing. Memorial Day Monday we watched the parade in our town.
As many of you already know, our house is for sale. The future is unknown at this time but we are ready for the adventure ahead. Sometimes you just need the change and when you are open to new possibilities, anything can happen. Tomorrow is a new day, fear will not hold us back, and we are stronger than we think we are.
May Photos